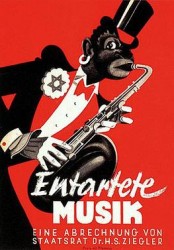 As weve already seen in previous instalments of this short series, music and social power structures have always been closely connected, whether it be the relationship between musicians and the church or court, or the dominant ideologies of nationalism in the 19th century. Lavish masses and motets redounded to the glory of God or to Gods sacred and secular representatives, while patriotic-style choruses, tone-poems and even art song were used (often co-opted in retrospect) to bolster ideas of national identity, cohesion, independence and (in some cases) exclusion.

By the dawn of the 20th century, nationalism had taken on forms that were recognisably political in our modern sense, with Sibeliuss role from the early 1890s onwards in the forging of a Finnish national identity being one of the best-known examples. In the Czech-speaking lands that were still under the Habsburg yoke until the end of World War I, the ardent pan-Slavist Leo Janáček was among those hoping for closer links with fellow Slavs in Russia, before their hopes were dashed in the wake of the Russian Revolution and ensuing civil war. Nevertheless, when Czechoslovakia (along with a great swath of central Europe) achieved independence after the fall of the Central Powers, Janáčeks spirits were understandably lifted, and the ten years from 1918 until his death coincided with the period of his greatest success and artistic self-confidence.

Further west, struggles of a different kind were uppermost in Ethel Smyths mind, as a leading member of Emmeline Pankhursts Womens Social and Political Union. Leipzig-trained as a composer under Carl Reinecke, Smyth already had three operas to her name (including The Wreckers), not to mention a Mass and a considerable catalogue of chamber music, when she penned her March of the Women in 1910, which quickly became the official anthem of the WSPU. Womens suffrage in the United Kingdom was achieved (for those over the age of 30, and with minimum property qualifications) in February 1918, while Britain was still at war. Among those composers who wrote works connected to the war effort, Edward Elgar (Carillon, Une Voix dans le désert and Le Drapeau belge, for example) and Debussy (the piano works Berceuse héroïque and Pièce pour l'uvre du Vêtement du blessé) are particularly notable.

It was the vibrant, politically highly-charged atmosphere of the inter-war German Weimar Republic, that saw some of the most outstanding examples of direct political engagement on the part of composers. Kurt Weill, Hanns Eisler and Stefan Wolpe were among members of the November Group, a gathering of artists (many of them expressionists) with strong socialist beliefs. All three subsequently emigrated to the United States, though Eisler returned to East Germany after World War II; he and Weill are still remembered above all for their artistic collaborations with Bertolt Brecht, as well as for their cabaret-style songs, so redolent of the period. Similar leftist sympathies led to the BBC temporarily banning the music of Nottingham-born composer Alan Bush (1900-1995) in the early years of World War II, and his strong political views ensured that he struggled for most of his career to secure performances of his music. In the largely conservative British musical landscape, Bushs spiritual (though not stylistic) descendants have included Cornelius Cardew (1936-1981) and Michael Finnissy (b.1946), while even such relatively establishment figures as Benjamin Britten and Michael Tippett had to contend with criticism for their pacifist beliefs.

Today, mention of politics and music inevitably brings to mind the two great scars on the face of 20th-century Europe: the Soviet Union and Nazi Germany. In Soviet Russia, Prokofiev (who emigrated in 1918, but returned for good in 1936) and Shostakovich (who remained, and whose music evermore bore the scars) were only the most celebrated names to suffer the dictates of the Soviet regime, but others included the celebrated Armenian composer Aram Khachaturian, and Shostakovichs friend and protégé, the Polish-born Mieczysław Weinberg (now at last gaining wider recognition). Right up until the fall of the Berlin Wall in 1989, musicians in Eastern Bloc countries, among them such now-celebrated figures as Henryk Górecki, Sofia Gubaidulina and Arvo Pärt, had to contend with the increasingly sterile artistic environment of the late-Soviet era, and their subsequent stylistic development, including a pronounced religious spiritualism, can be seen at least in part as a consequence of such politically-motivated repression.

The situation in Nazi Germany, even if less arduously prolonged, was to an even greater extent a matter of life and death. Those Jewish and progressive musicians who were unfortunate enough not to escape before the horrors really took hold paid the ultimate price. Composers Pavel Haas (1899-1944), Hans Krása (1899-1944), Erwin Schulhoff (1894-1942) and Viktor Ullmann (1898-1944) were among the brightest lights to be extinguished in the prison camps and death chambers, representing a lost generation of composers whose survival would surely have altered the post-war musical landscape of central Europe. So, too, might Spanish composer Antonio José (1902-1936), of whom Maurice Ravel, no less, claimed He will become the Spanish composer of our century, but who was executed, like the poet and playwright Federico García Lorca, by Falangists in the Spanish Civil War.

Those who did manage to escape, either because they had to (such as Weill, Eisler, and conductor Bruno Walter) or out of principle (Toscanini, Erich Kleiber) made huge differences to the musical landscape of their new homes (its almost impossible to imagine American musical life from the 1930s onwards without the influence of Weill, Walter and Toscanini, while Kleiber raised standards in Buenos Airess Teatro Colón to unprecedented heights). The extent to which those who remained acquiesced is still a hotly debated one. The cases of composers like Richard Strauss, Franz Schmidt, Hans Pfitzner and Carl Orff, and performers including Herbert von Karajan, Karl Böhm, Kirsten Flagstad and Elisabeth Schwarzkopf, can still arouse passionate debate, while the music of Wagner and Bruckner  appropriated by the Nazi regime, in Wagners case not entirely blamelessly  can similarly still divide opinion on political as much as aesthetic grounds.

With the fall of the Berlin Wall in 1989 and the subsequent collapse of the Soviet Union, many new musicologists, taking their cue from political scientist Francis Fukuyama, proclaimed the end of history, a viewpoint which now, just a few decades later, seems hopelessly wide of the mark. In the new, social media-driven, post-truth, post-George Floyd, #MeToo era, new divisions and debates have opened up, often with profound consequences for musicians and their audiences. The current so-called culture wars and cancel culture have already led to entrenched positions on either side of the debate, with western classical music coming in for sustained criticism because of alleged white privilege and its involvement with imperialism and colonialism. Hackles have been raised, but we would all do well to remember that to divorce music (of any kind) from social and political reality in any era (particularly one in which it has become so blatantly commodified) is hopelessly fanciful, and that common ground needs to be sought and nurtured if the mistakes of the past are not to repeat themselves.

This week The Spin Doctor takes on a different format as we interview British pianist Charles Owen, ahead of the release in a few days time of his new Liszt recording. Amid a busy schedule, Charles generously gave time to answer our questions and offer his views and reflections on a broad range of topics, from the challenges for musicians of the Covid-19 pandemic, to the music of Liszt, and many of his own past and future projects. The Liszt disc, out this Friday, contains deeply musical performances of the first, Swiss... read more

When Music is Silenced

Over the past 18 months we have heard much about music being silenced by the global health crisis, and of the problems faced by creative artists in the face of widespread cancellations and (in many cases) redundancies, alongside the intense economic pressures faced by millions of their fellow citizens. But what about those instances where music is silenced not in the face of a public health emergency, but through the deliberate suppression of cultural activities for political or religious reasons?
The history of music is,... read more