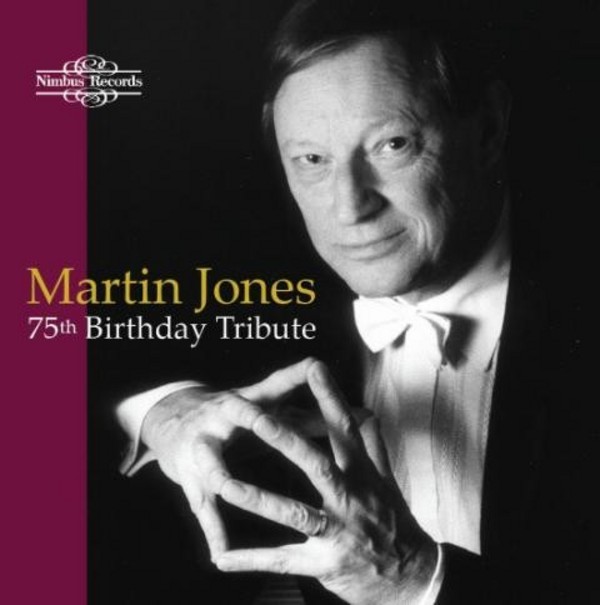 Children's March: 'Over the Hills and Far Away'
Ramble on Love (after R Strauss' Der Rosenkavalier)

» no.1 in E major 'Sweet Remembrance'

Variations on a theme of Corelli, op.42

Children's March: 'Over the Hills and Far Away'
Ramble on Love (after R Strauss' Der Rosenkavalier)

» no.1 in E major 'Sweet Remembrance'

Variations on a theme of Corelli, op.42

A selection of 30 composers taken from the Nimbus recordings made between 1973 and 2014.

"In the winter of 1979, just a few months after joining Nimbus Records and fresh out of Music College, I recall very clearly sitting in the control room, surrounded by boxes of analogue tapes containing the complete piano works of Mendelssohn played by Martin Jones. Nimbus founders, Numa Labinsky, Michael and Gerald Reynolds had, in the previous days, played me Martins unreleased recordings of the Variations Serieuses and Rachmaninoffs Corelli Variations, and I was keen to discover if this incredibly fluent, muscular playing was typical of all his work. There was no disappointment; everything confirmed that here was a special talent, and a keyboard titan.

At that date very few of the Mendelssohn recordings had been edited, despite having been made at various intervals over the previous nine years. Nimbus had moved from its Birmingham base in 1975 and was now preoccupied developing an LP pressing business that would enable it to release its own recordings.

Happy Birthday, Martin, and thank you from the Nimbus Family, past and present." - Adrian Farmer, Nimbus Music Director