In praise of... Martha Argerich 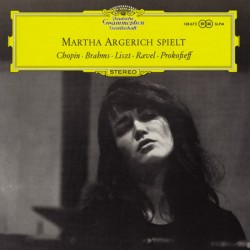 The changes in the classical record industry over the past four decades have seen the end of many once-lucrative contracts between orchestras and the big labels of old: EMI, Philips, Deutsche Grammophon, Decca, RCA and CBS (Remember the exclusive contract the Vienna Philharmonic had for many years with Decca, the orchestras logo proudly emblazoned on the record sleeves?) However, the technological changes that prompted this demise have also offered new opportunities. Since the turn of the millennium, orchestras and... read more

By the dawn of the twentieth century, the growth of western art music (what we refer to today under the broad umbrella term of classical music) both as creative phenomenon and as a society activity had grown enormously compared with a century earlier. Musical and wider cultural and social change  the expansion of urban populations, the growing need for cultural engagement of various sorts  were inextricably linked. And with this growth came an increase in the number of musical outsiders, who didnt fit altogether... read more

Fantastic Instruments and Where to Find Them

For many years those who learnt about music, whether at school or simply out of amateur enthusiasm, were confronted with a standard chart: the Instruments of the Orchestra, with a few solo instruments (piano, harp, organ) thrown in for good measure. The strings, woodwind, brass, timpani and a fairly narrow selection of percussion (bass drum, side drum, cymbals, triangle, glockenspiel): these were the instruments you Had To Know if you wanted to know about music, and that still form the backbone of the modern symphony... read more

It is, at least in the public imagination, the creative artists prerogative to be different. As with the mad scientist of popular lore (Victor Frankenstein, Dr Jekyll...), the mad eccentricities of genius are the price to be paid for insights into the human condition and soul. In practice, the situation is rather more nuanced. Indeed, for most of the modern history of western culture, it has been the duty of artists to conform: to tailor their brilliance to the whims of patrons (the church, royalty, the nobility) and ... read more

To their admirers they are objects of fascination and even veneration, collectible to the point of addiction, while to detractors they are incomprehensible, fatally flawed by inadequate sound quality and mannered, often wayward interpretative traits. Today, with more examples than ever easily available (though with an annoying habit of often being out of the catalogue just when you want a particular one!), historical recordings are big business for such a niche market. Vastly improved techniques of sound restoration and... read more