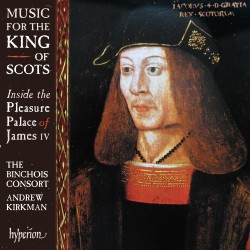 The issue of situating something within its wider environment is one thats increasingly addressed and deployed by recording artists and producers. For sure, plenty of discs are still released in the tried-and-tested composer-and-works format, and not without reason. For many years now, orchestral music has been served up in the tired old overture-concerto-symphony sandwich, a scheme so familiar that it is taken for granted, and the public picks out the concerts that have the most appealing three-course menu ('meat and two veg', as it's known in the business), looking for the composers, works and soloists that they most want to hear. Solo recitals are at first glance less unwieldy, a succession of often much shorter items progressing inevitably (or so it feels) from Scarlatti or Bach, via Mozart or Haydn, to Beethoven, Brahms, Liszt or Rachmaninov, and then a few lighter encores. The musical equivalent of service à la russe, this scheme seems to have limitless possibilities, but is in fact just as overused and rehashed as the concerto sandwich.

The pervasiveness of these formats (so entrenched that they are assumed to be natural, a given) focuses attention inevitably onto the musical works themselves, by either genre or period, while in the process telling us very little about either. No wonder that so many recordings are marketed merely on the basis of composer, work(s) or artist. Thankfully, however, both concert planners and record labels have changed over the years, showing more imagination and intelligence in how they put programmes together. This is partly thanks to the expansion of both the early music scene and new music, the result of many more proficient performers (contrast a recent disc of Machaut or Boulez with one made forty or fifty years ago), as well as an extension of the repertoire in both directions.

Contemporary composers continue to produce an astonishing amount of music in a jaw-droppingly wide variety of post-postmodern styles, and for a huge range of sounds, from solo instruments to computer-generated music and installations. At the other end of the spectrum, new discoveries and attributions contribute to an ever-growing early music repertoire, together with fresh approaches to its performance. Even in what is regarded as the period of the central repertoire, long-neglected music by forgotten figures of the 17th, 18th and 19th centuries (as well as continuous reassessment of 20th-century ones) leads to an ever widening choice of music for performers and listeners alike to explore.

On disc, one particularly successful market has been for the themed anthology, ranging from David Munrows boxed sets of Gothic, Medieval and Renaissance music (each of which constituted a broad but lively and engaging introduction to its respective musical period) to such historic issues as the Debussy and Sibelius sets from Warner (Debussy: His First Performers and Sibelius: Historical Recordings & Rarities). These can deepen our knowledge of familiar and less well-known music by hearing it as it was played when it was still relatively fresh-off-the-page, with all its attendant challenges. For the more adventurous, Wergos six-volume series Earle Brown: A Life in Music, stretching to an impressive total of 18 discs, offers a cornucopia of movers and shakers in the world of post-war new music, from Robert Ashley to Isang Yun.

Another effective way of introducing listeners to a wider context is by pairing well-known works by great composers with the music of their near-contemporaries in revealing combinations. This approach has been an acclaimed feature of Giovanni Antoninis ongoing cycle of the complete Haydn symphonies on Alpha, and is also used to fascinating effect on Harmonia Mundis unfolding Beethoven symphony cycle, featuring works by Méhul, Gossec and (most intriguing of all) Justin Heinrich Knechts Portrait musical de la Nature alongside Beethovens Pastoral. Another ongoing series well worth investigating is Sturm und Drang from The Mozartists on the Signum label. Two discs in what will be a seven-volume series are already out, setting music by Haydn and Gluck alongside such neglected contemporaries as Beck, Mysliveček, Traetta and Vaňhal, to shine new light on this important 18th-century artistic movement.

Many of the most compelling moves to contextualise music within a broader sociocultural framework have come in the field of early music. One ensemble in particular, the male-voice Binchois Consort, founded in 1995 by Andrew Kirkman, has made particularly well-researched contributions to the catalogue, drawing on rich seams of interdisciplinary work in its presentation of 15th-century vocal music. Across a three-disc series on Hyperion starting with Music for the 100 Years War (2017), followed by The Lily & the Rose (2018) and Music for Saint Katherine of Alexandria (2019), they traced connections between sound and image, drawing elegant parallels between celebratory and devotional music by Leonel Power, John Dunstable and Walter Frye, among others, and the contemporary art of alabaster sculpture, from altarpieces to exquisite miniatures. Lavishly illustrated booklets bring the alabaster figures vividly to life, and this series is a must for anyone interested in this period of English and French history.

The Binchois Consorts most recent release, Music for the King of Scots: Inside the Pleasure Palace of James IV continues the Katherine theme, but north of the border. In a particularly innovative move, the singing has been placed in a virtual-reality reconstruction of the acoustics of the lost space of Linlithgow Chapel, recreating for the listener an immersive experience, with surprisingly intimate and immediate sound, and exquisite singing incorporating period Latin pronunciation. There is even the option to access an app which takes the listener into a virtual-reality version of the chapel itself! The music itself is largely anonymous, but includes the superb Missa Horrendo subdenda rotarum machinamento (c.1460) as well as a splendid Magnificat from the early 16th-century Carver Choirbook, sung alternatim with faburdoun-harmonised chant. Performing in the original acoustic has been tried before (for example, John Eliot Gardiners recording of Berliozs Symphonie fantastique in the hall of the old Paris Conservatoire), but none with so much care and supporting research. Whatever your musical tastes, this immersive experience is one achievement in contextualisation that demands to be explored.

The Recording:
Music for the King of Scots: Inside the Pleasure Palace of James IV  CDA68333