A Question of Identity 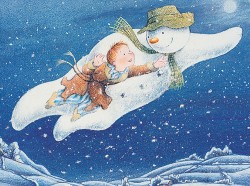 Identity matters. All of us are defined (in our own eyes and those of others) by a variety of factors: where we come from (family, social and economic status, cultural, national and religious background, nationality and geographic location), what we do (job, leisure, personal relationships and commitments) and what we aspire to (what wed like to be, and also what we hope or try not to be). Identity is also important to groups (political, professional, amateur, sporting, cultural, activist), and is significant even to non-human entities (eco-systems being a topical example), but also to non-sensory human constructs.

Two recent news items illustrate the importance of identity in the cultural space of the arts. The first played out in the comments section of a Guardian review of a concert by a celebrated string quartet which had recently acquired a new member (caused by the retirement of one of its established players). The reviewer noted the difference this made to the group's performances (which seemed surprisingly uneven), and suggested that the new configuration still needed time to settle. Responding to the review, some readers raised the question of how far changes to an ensembles line-up can go while retaining the ensembles collective identity, with one comparing it to the philosophical Ship of Theseus paradox. In a nutshell, this supposes that, over a period of time, every component of the ship is gradually replaced: is the completely refurbished vessel still the Ship of Theseus?

Clearly, changes to any performing ensemble over time will affect not only its inner dynamics, but also the identity it projects to its audiences. To take an extreme example: the Gewandhaus Quartet of Leipzig, founded in 1808 and made up of string players from the Gewandhausorchester, is one of the worlds longest continuously active string quartets. Its original players (Heinrich August Matthaei, Bartolomeo Campagnoli, Johann Georg Hermann Voigt and Friedrich Dotzauer) are of course long since dead, yet the current membership (Frank-Michael Erben, Conrad Suske, Anton Jivaev and Léonard Frey-Maibach) aim to carry on the tradition of the original ensemble, just as the Gewandhausorchester itself (which traces its origins back to 1743) carries forward the tradition of its founders under the Gewandhaus motto Res severa verum gaudium (true joy is a serious thing).

Over such lengthy periods, playing styles, not to mention the groups artistic and personal dynamics, inevitably change, and it is unlikely that the modern-day groupings sound very much like their distant predecessors. Yet the sense of collective identity in such ensembles often plays a crucial part in playing style and choice of repertoire. In the case of the Wiener Philharmoniker (Vienna Philharmonic), founded in 1842, many of the orchestras instruments (notably its string instruments, as well as its fabled Vienna oboes and horns) have changed very little over the past century or so, and even as its repertoire has broadened to encompass the orchestral music of the 20th and 21st centuries, its playing styles are still carefully passed down from generation to generation (often of the same family, though less frequently than in the past).

To what extent such gradual changes alter the fundamental identity of an ensemble is endlessly debatable. Can the Vienna and Berlin Philharmonics of today still be regarded as in any sense the same groups as those who made early gramophone recordings under the likes of Nikisch, Weingartner and Bruno Walter? And, if they do indeed preserve a collective identity over time, how do their activities during the Nazi years impact on their present identity? Can such periods simply be condemned, duly noted, and moved on from? Can an ensemble pick and choose which aspects of its past it preserves and carries forward into the future?

Identity is not just an issue for performers, but also for music itself. The composer and conductor Howard Blake, best known for his soundtrack music but also increasingly recognised for his classical compositions, made headlines recently when he condemned as a vile desecration a planned BBC radio broadcast arrangement of his hit score for the animated film The Snowman, prompting the removal of the programme from the Christmas schedules. Blake took particular exception to the use of vocalisation (singing with vowels but not complete words) to realise parts of the score. This very public denunciation raises the issue of what happens when the elements that make up a musical work (its form, motivic and harmonic content, textures, scoring, and so on) are bent so far that its integrity (meant in an aesthetic, not moral sense) is compromised.

Taking a well-known example, Beethovens Fifth has been performed over the years in a huge range of interpretations, as various as Furtwängler, Toscanini, Klemperer, Karajan, Norrington, Gardiner, and many others, not to mention arrangements like that of Franz Liszt for solo piano. Although hugely varied, it can be argued that all these iterations preserve something of the symphonys fundamental musical integrity, even though many will be far removed, sonically and in terms of velocity and emphasis, from what Beethoven himself may have envisaged. Few would disagree, however, that the notorious Hooked on Classics version, of just a few bars from the first movement plus the trademark ubiquitous background beat, is a step (or maybe many steps) too far. But if this is so, what of other arrangements and concoctions that retain positions in the repertoire: the Adagio in G minor by Albinoni (actually composed by Remo Giazotto), or Bachs iconic Toccata and Fugue in D minor, BWV 565 (possibly not by Bach, and very probably originally written for solo violin rather than organ)? Do such doubtful attributions affect the integrity of these pieces as works of music?

Our present-day idea of musical works is a largely 19th-century construct, and the aesthetics of the Romantic era still play a huge part in determining questions of musical (and more generally artistic) integrity and quality. This is equally true even when we present as musical works pieces such as mass settings by Machaut or Josquin as works for performance in concert halls, broadcasts or on disc, although originally they formed just one element of a complex and deeply-rooted liturgical act. Can we speak of musical integrity in such pieces when they are completely removed from their original function? (The same could be asked, for example, of Vaughan Williamss folk song settings, which are currently enjoying a new wave of interest thanks to the efforts of Albion Records, or indeed of Schuberts Lieder when removed from their original salon context.) Clearly, context as much as mere technical realisation has an enormous effect on how we perceive a piece of music, and thus also on our perception of its identity and integrity.

There are no definitive answers to such questions, but that doesnt mean that we should not bother asking them. Challenging notions of artistic identity and integrity (how far a piece of music can be bent while still remaining true to itself) can open up new avenues of musical experience, whether we want to delve deep into the stuff of the music, its socio-historical contexts, or merely let it wash over us. After all, whatever music we choose to experience, and however we choose to do so, it is part of us, too.