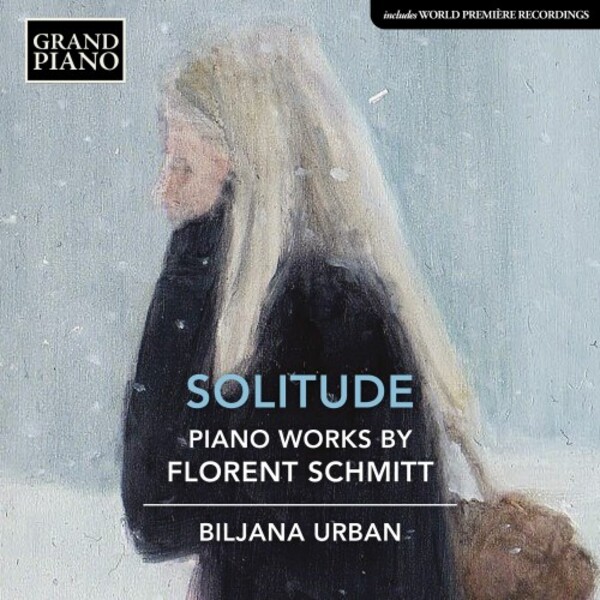 Florent Schmitt was a strikingly original composer whose influences were as varied as his own restless and imaginative music. A number of his solo piano works are little known and offer an important insight into his compositional development. Neuf Pièces, op.27, which includes a Spanish-infused Gitanella movement, was composed during his first period of travel. The expressive and vivid elements of Crépuscules, op.56, are infused with harmonic richness and quiet melancholy, while Ritournelle, op.2 no.2bis, displays an airiness and wit characteristic of French music of the Roaring Twenties.

Biljana Urban comes from a family with a rich musical tradition. Her Czech-born grandfather, Jan Urban (18751952), was a composer and conductor. Biljana Urban received her PhD in Music (Piano Performance) summa cum laude from the Academy of Music in Zagreb, and has an international career, appearing in such venues as the Fresno Concert Hall, California, and taking part in international music festivals. As a chamber musician she has performed with soloists of the Royal Concertgebouw Orchestra, the Monnaie Orchestra, Brussels, and the Prague Philharmonic Orchestra. Her recitals have been broadcast by radio and television companies in France, the Netherlands, Belgium, Croatia, Slovenia and the United States. The first album of Voříeks Complete Works for Piano was classed among the best albums of 2014 by Culture Catch.