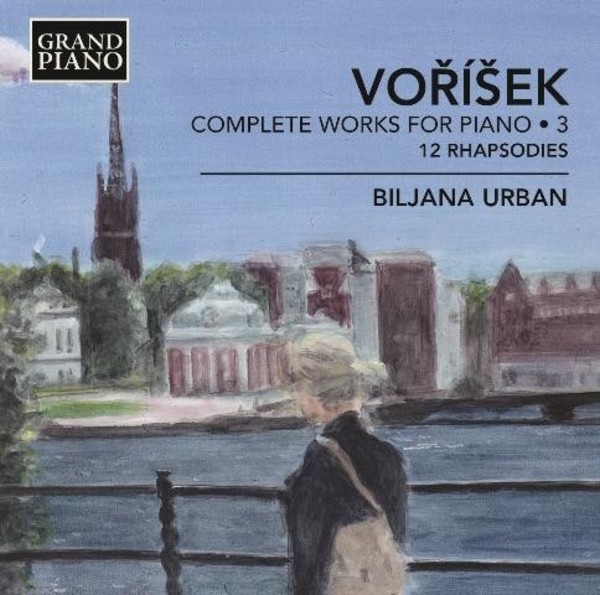 Jan Hugo Voříek, the prodigy from Prague, arrived in Vienna at the age of 22 and almost immediately earned the approval and admiration of Beethoven. His works foreshadow Schubert, Chopin and Schumann, but he was so individualistic a composer that he resists easy categorisation either as a Classicist or a Romantic.

This third and last volume of his complete piano works is devoted to the Twelve Rhapsodies, Op.1, which extend the form of the scherzo in a lyrical vein reminiscent of Brahms Two Rhapsodies, Op.79.

As a chamber musician she has performed with soloists of the Royal Concertgebouw Orchestra, the Monnaie Orchestra, Brussels, and the Prague Philharmonic Orchestra. Her recitals have been broadcast by radio and television companies in France, the Netherlands, Belgium, Croatia, Slovenia and the United States. The first album of Vorieks Complete Works for Piano was classed among the best albums of 2014 by Culture Catch.