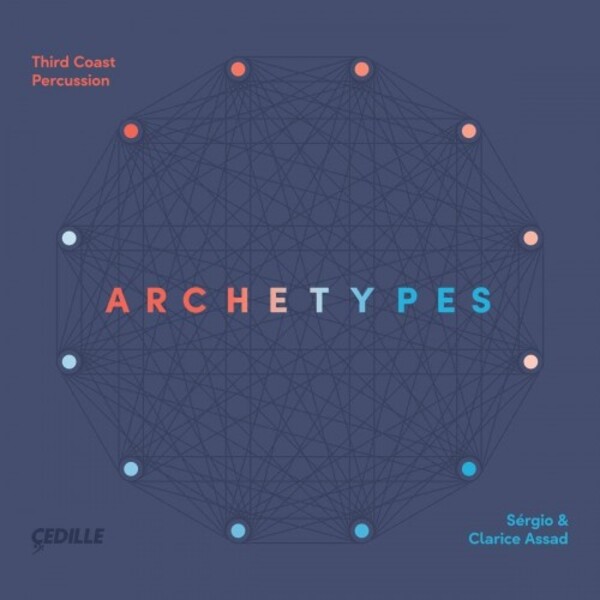 Sérgio Assad of the renowned Assad Brothers guitar duo has won Latin Grammys for composition and performance. He and his brother Odair have collaborated in performances and recordings with classical artists Gidon Kremer, Yo-Yo Ma, Dawn Upshaw, Nadja Salerno-Sonnenberg, and others. He has recorded for Sony, Nonesuch, and Gha. Clarice Assad is a Grammy-nominated composer with more than 70 works to her credit. Her music is represented on Cedille, Sony, Nonesuch, Telarc, Chandos, and other labels. As a performer, she has shared the stage with Bobby McFerrin, Anat Cohen, and other luminaries across musical genres. She energetically bends music to her will and reshapes it with fascinating results (Jazz Improv Magazine).

Archetypes was produced and engineered by a team with multiple Grammy Awards and nominations to their credit: producer Elaine Martone and engineers Bill Maylone, Dan Nichols, and Jonathan Lackey.