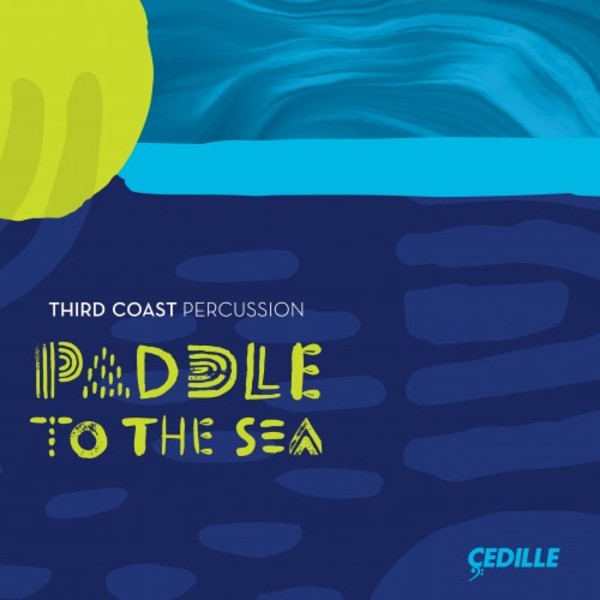 Third Coast Percussions Paddle to the Sea transports listeners into a realm of imaginative sounds and world-premiere
recordings evoking the aqu atic world. Anchoring the album is the Grammy Award-winning ensembles original new collaborative composition Paddle to the Sea. The fearsomely talented foursome conceived it as a live soundtrack to the charming, Oscar-nominated 1966 film of  the same name, based on a classic childrens story about a Native Canadian boy who carves a wooden figure called Paddle-to-the-Sea and launches him on a solo canoe voyage to the ocean. The Dallas Morning News called Third Coasts concert performance 'arresting and enjoyable'. TheaterJones called it 'unforgettable' and said, 'There was something magical about the performance, but it is almost impossible to describe
the experience in mere words'.

In composing Paddle to the Sea, Third Coast found a wellspring of ideas in the other works theyve included on the album. Jacob Druckmans Reflections on the Nature of Water revels in textures and timbres unique to the marimba as it explores the different characters water can embody. Third Coast plays its own arrangement of selections from Philip Glasss 12 Pieces for Ballet (originally composed for piano)  also drawing inspiration from Brazilian group Uaktis multi-instrumental version, titled Aguas da Amazonia. The final leg of Third Coasts waterborne adventure is Zimbabwean Musekiwa Chingdozas arrangement of Chigwaya, a song from the Shona tradition used to call water spirits.