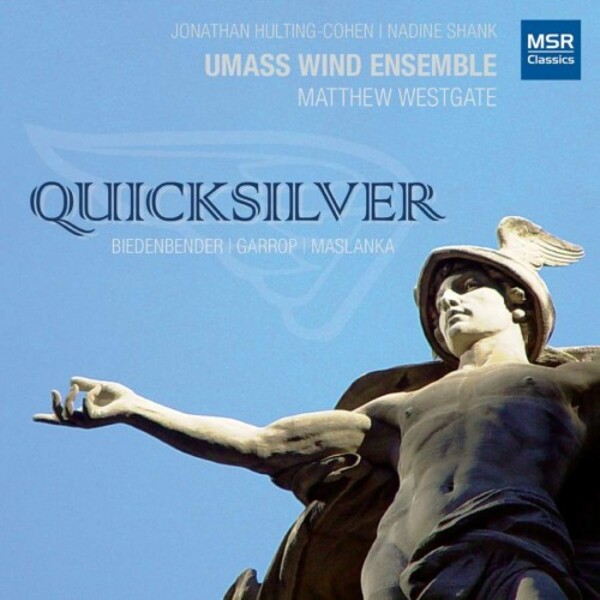 What is Written on the Leaves for wind ensemble

Quicksilver for saxophone and wind ensemble

Concerto no.3 for piano and wind ensemble 'Do You Know My Name?'

What is Written on the Leaves for wind ensemble

Quicksilver for saxophone and wind ensemble

Concerto no.3 for piano and wind ensemble 'Do You Know My Name?'

Classical saxophonist Jonathan Hulting-Cohen maintains a multi-faceted career as a soloist and chamber musician. Having debuted as a soloist with the Philadelphia Classical Symphony in 2011, he since has performed concerti with the Adrian Symphony Orchestra in Michigan and Sequoia Symphony Orchestra in California. In his duo with pianist Nadine Shank, he presented recital programmes spanning classical, jazz, and folk traditions at venues such as the Virtuosi Concert Series in Winnipeg, Canada, and the Edinburgh Fringe Festival in Scotland. His solo album, Second Flight, features commissions from Tower, Socolofsky, Mahanthappa, and Wubbels, among others, and is available on innova recordings. As a chamber musician, he has performed at Chamber Music Northwest and in Carnegie Halls 21st Century Ensemble. He is also co-founder of the internationally-recognized Moanin Frogs saxophone sextet, winners of the 2018 M-Prize Competition. The Admiral Launch Duo, which he co-founded with harpist Jennifer Ellis, have commissioned and premiered 10 new works for harp and saxophone nationwide which can be heard on their debut album, Launch (Albany Records). Jonathan trained at the University of Michigan under Donald Sinta. He currently serves as Assistant Professor of Saxophone at the University of Massachusetts Amherst, co-director of the New England Saxophone Festival & Competition and on the NASA Committee on the Status of Women. He is a Conn-Selmer and DAddario Woodwinds Artist.

Pianist Nadine Shank made her concert debut at age 15, performing Prokofievs Piano Concerto no.1 with the World Youth Orchestra of Interlochen as winner of their prestigious concerto competition. She was an award winner in the MTNA, Mason and Hamlin, and National Federation of Music Clubs competitions and was the recipient of the Van Cliburn Scholarship to Interlochen. At the Oberlin Conservatory, she received the Rudolph Serkin Piano and Pi Kappa Lambda Piano Prizes, and at Indiana University performed with the University Philharmonic as winner of their Concerto Competition. Her teachers included Menahem Pressler, Sanford Margolis and John Wustman. Shank performed at such venues as the Phillips Collection in Washington, D.C., Bostons Jordan Hall and Tsang  Performance Center, New Yorks Weill Recital Hall, Symphony Space, Merkin Hall and 92nd Street Y, the Cleveland Orchestras Blossom Chamber Festival, and with Monadnack Music, Lighthouse Chamber Players, and Mohawk Trail Summer Music Festivals. She appeared internationally in Festivals in The Netherlands, Germany, England, Poland and the Virgin Islands. Shank performed in concert with the Lark String Quartet, and appeared as soloist with the Springfield Symphony, West Point Academy Military Band and with the UMass Orchestra. Shanks performances have been recorded on the CRI, Gasparo, MSR, New World, Open Loop, Spectrum and YAL labels. She was Professor of Piano and Director of the Piano and Collaborative Piano Programs in the Department of Music and Dance at the University of Massachusetts Amherst, and the Principal Orchestral Pianist of the Springfield Symphony Orchestra.

Conductor Matthew Westgate has appeared on major concert stages throughout the United States, Europe, South America and Asia, conducting some of the nations top wind bands and chamber ensembles, including The Presidents Own U.S. Marine Band, U.S. Coast Guard Chamber Players and Banda Sinfonica Metropolitana de Quito in Ecuador. Performances under Westgates direction have been well-received, being described as dramatic, incisive and passionate. During the summer months, Westgate leads the Blue Lake Fine Arts Camp (MI) Northern Winds on international concert tours in France, Germany, Poland, Belgium, Denmark, and the Netherlands. He is the Director of Wind Studies at the University of Massachusetts Amherst, the Commonwealths flagship campus, where he conducts the UMass Wind Ensemble and Symphony Band and  oversees the graduate and undergraduate conducting programs. University of Massachusetts ensembles under his direction have been invited to perform at multiple College Band Director National Association Conferences, including events at Yale University and the U.S. Coast Guard Academy, and on a concert tour of Ireland that included Dublin, Galway, Cork and Killarney in 2017. He earned a Doctor of Musical Arts Degree at the University of Cincinnati College-Conservatory of Music where he studied with Rodney Winther, and his Masters Degree in Conducting at Western Michigan University where he studied with Robert Spradling.