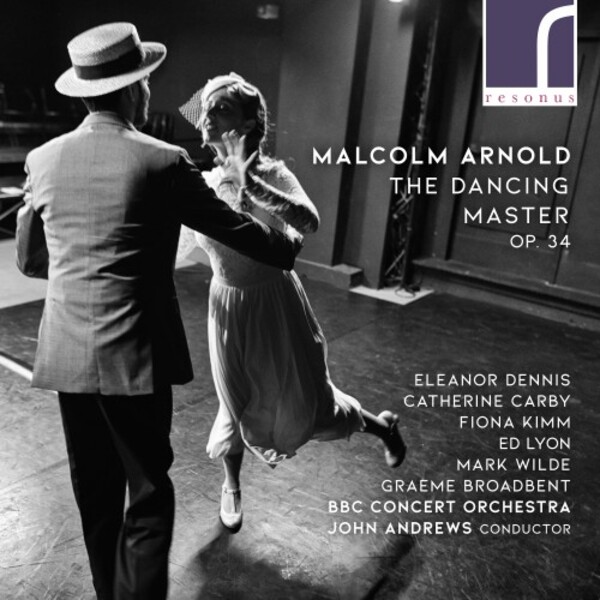 Originally intended as an opera for television, Malcolm Arnolds collaboration with film-maker and librettist Joe Mendoza, The Dancing Master, op.34, was considered too racy for viewers in the 1950s and subsequently rejected for broadcast and largely forgotten.

Conductor John Andrews, with the BBC Concert Orchestra and a stellar cast, breathes new life into this operatic gem, here receiving its first recording. With its cast of larger-than life Restoration caricatures  the trapped heiress, the scheming maid, the over-protective guardian, and the handsome rake  the opera showcases Arnolds taste for exuberant satire and tender Romanticism in equal measure.

Heres a tonic for a melancholy year: a one-act comic opera by Malcolm Arnold, unstaged in the composers lifetime and never commercially recorded. ... Andrews and his collaborators make generous amends in this new recording of what turns out to be an absolute zinger of a score. ... Arnolds many admirers should snap it up, as should anyone interested in 20th-century British opera. With luck, this recording will make a staging more likely.  Richard Bratby
Gramophone November 2020