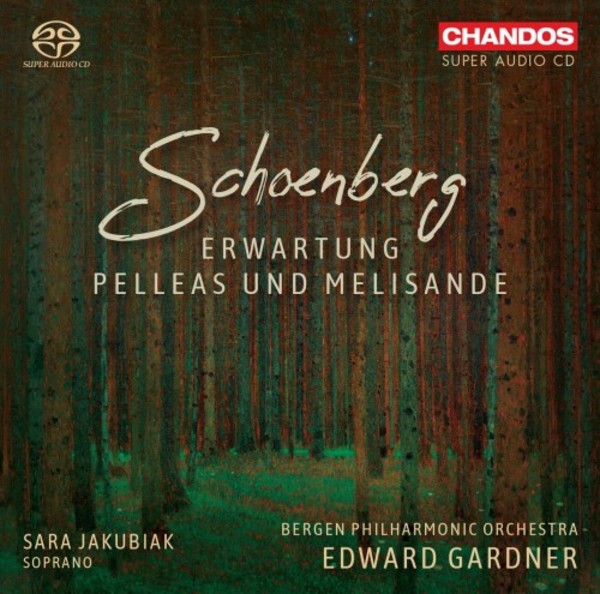 Written only six years apart, these two works share a common narrative of frustrated love, and the concept of the forest as a metaphor for the subconscious mind. Musically they are wildly different, however; Pelleas und Melisande, which Schoenberg wrote in his late twenties, is the epitome of his late romantic style, indebted to Richard Strauss. Erwartung (his first work for the stage) was written after his conversion to atonality. Maurice Maeterlincks play Pelléas et Mélisande fired the imaginations of several of the greatest composers of the time. Debussy began writing his opera almost immediately after its publication in 1892, and within a decade or so Fauré and Sibelius had created elaborate incidental scores for different stage productions of the play. Schoenberg composed his tone poem in 190203, for a large-scale (Straussian) orchestra. Schoenberg seems to have put himself into a state of free association to write Erwartung, which he completed in just seventeen days in August 1909. In Erwartung, the aim is to represent in slow motion everything that occurs during a single second of maximum spiritual excitement, stretching it out to half an hour, he wrote. Not only the first solo opera, this is perhaps also the first cinematic one.