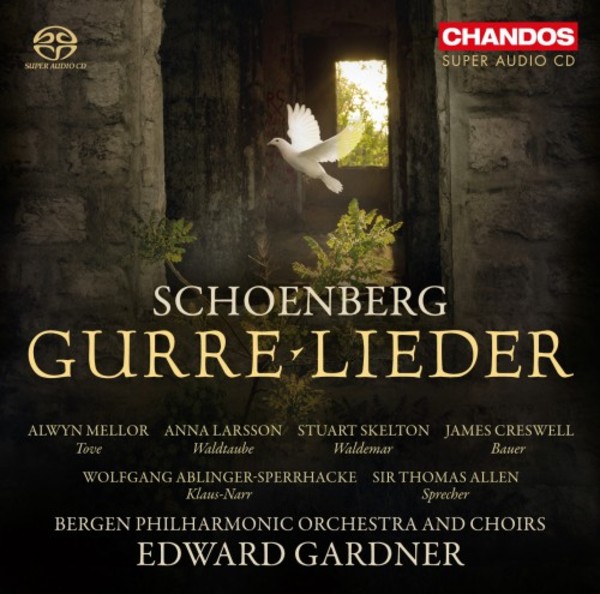 Recorded live on SACD in the sumptuous acoustic of Grieghallen in Bergen, this mind-blowing interpretation of Schoenbergs Gurre-Lieder involves 350 performers: large choral forces, six exceptional soloists, and the legendary Bergen Philharmonic Orchestra  extended for the occasion  all conducted by Edward Gardner.

Marking the pinnacle of the Orchestras 250th anniversary celebrations, the same forces offered two evening concerts that met with unanimous acclaim in the press, including a five-star review from the Daily Telegraph praising the sweep of Gardner's conducting, by turns luminous and incisive. It added, He unleashed the pieces volcanic passions while never becoming mired in its high-calorific density, and somehow avoided drowning the singers, and also congratulated the heroic Stuart Skelton, warm Alwyn Mellor, ethereal Anna Larsson, and powerful Thomas Allen.

Gardners operatic experience means hes alive to the lyricism and drama of the piece in equal measure: theres ardent longing aplenty and a real willingness to explore the sheer gorgeousness of the score, as well as a powerful sense of drama where required. Listen out for the tenderness just before we slip into Part 1s Interlude (at Waldemars Wunderliche Tove), for example, or the tension he creates in the brief Part 2. And all this Gardner achieves without letting the vast forces get out of hand.  Hugo Shirley
Gramophone October 2016