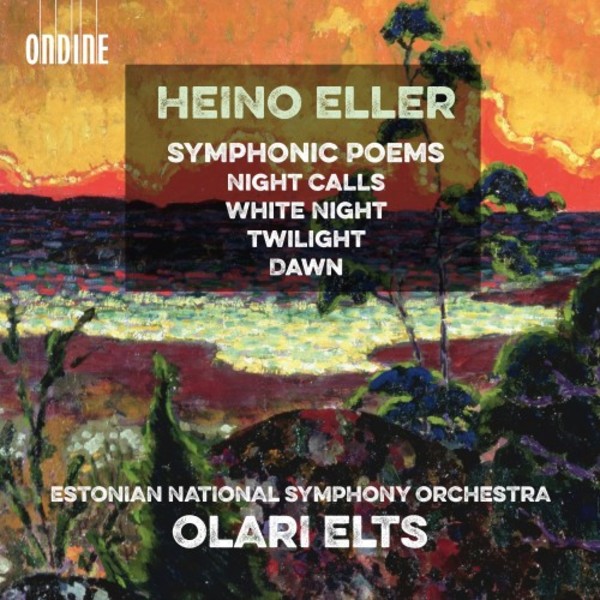 This second volume in a series dedicated to the orchestral works of Heino Eller (18871970) by the Estonian National Symphony Orchestra under conductor Olari Elts is a ground-breaking introduction to one of the founders of the Estonian school of music. The present volume consists of Ellers symphonic poems and contains some of Ellers earliest symphonic works, including one of his most well-known works, Dawn (Koit).

Twilight and Dawn, Ellers first symphonic scores, have proven to be his most popular and accessible works, sometimes performed as a pair. The charming Twilight, with a somewhat Wagnerian middle section, carries the seeds of Ellers hallmark bittersweet lyricism and delicate modal harmonies, that manifest in full bloom in the Dawn. Both works can be perceived as Ellers homage to Estonian nature.

The large symphonic poem Night Calls was premiered in Tartu on 8 April 1921. According to Eller, the idea for Night Calls stems from a storm he witnessed one night. Years later Eller also mentioned having been influenced by Mussorgskys Night on the Bald Mountain. This work shows Ellers early skills in writing music that is full of drama and atmosphere. The Symphonic Suite White Night was completed in 1939. In this work cast in seven movements we find Ellers mature voice, and it is considered to be one of the best examples of the Ellerian style.

Heino Eller was much more than anything I can express in words. It was largely due to him that music in Estonia was able to achieve a cultural and professional dignity.  Arvo Pärt