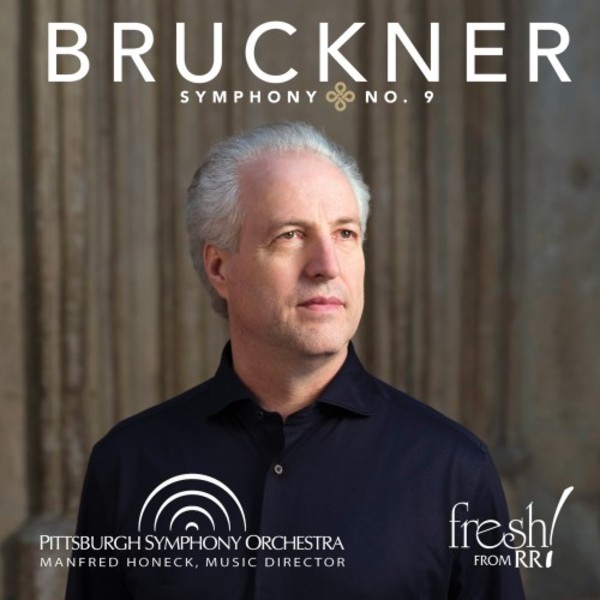 Symphony no.9 in D minor

Symphony no.9 in D minor

In his deeply personal and scholarly music notes, Maestro Honeck gives us great insight into the history and the musical structure of Bruckners final composition, and describes how he conducts and interprets this masterwork. To conclude his notes he quotes Bruckner biographer Max Auer: The Ninth Symphony surpasses all its predecessors in sublimity and consecration. If Arthur Schopenhauer describes the arts as an image of an idea, but music as an idea in itself, then Bruckner's swan song, his Ninth Symphony, appears to us as the idea of the beyond, of the deity itself. Already from the very beginning of the richly structured first movement, one feels surrounded by the twilight light of a Gothic cathedral  a mood that releases us from the heaviness and fatigue of matter and leads us to the afterlife.

This release is the ninth in the highly acclaimed Pittsburgh Live! series of multi-channel hybrid SACD releases on the FRESH! imprint from Reference Recordings. This series has received Grammy Nominations in 2015, 2016, 2018 and 2019. Its recording of Shostakovichs Symphony no.5 / Barber Adagio for Strings won the 2018 Grammy Awards for Best Orchestral Performance and Best Engineered Classical Album.

The Pittsburgh Symphony Orchestra, known for its artistic excellence for more than 120 years, is credited with a rich history of the worlds finest conductors and musicians. Past music directors have included many of the greats, including Fritz Reiner, William Steinberg, Andre Previn, Lorin Maazel and Mariss Jansons. This tradition of outstanding international music directors was furthered in fall 2008, when Austrian conductor Manfred Honeck became music director of the Pittsburgh Symphony.

The Pittsburgh Symphony Orchestra has been at the forefront of championing new American works, including recent commissions by Mason Bates, Jonathan Leshnoff, James MacMillan and Julia Wolfe. The orchestra premiered Leonard Bernstein's Symphony no.1 Jeremiah in 1944 and John Adamss Short Ride in a Fast Machine in 1986. The Pittsburgh Symphony has a long and illustrious history in the areas of recordings and live radio broadcasts dating back to the 1930s. And, with a distinguished history of touring both domestically and overseas since 1900  including more than 37 international tours  the Pittsburgh Symphony continues to be critically acclaimed as one of the worlds greatest orchestras.

This release and the entire Pittsburgh Live! series are recorded and mastered by the team at Soundmirror, whose outstanding orchestral, solo, opera and chamber recordings have received more than 100 Grammy nominations and awards. For over 40 years, Soundmirror has recorded for every major classical record label, including Reference Recordings.

Reference Recordings, founded in 1976, is based in San Francisco, with multiple Grammy awards and a catalogue that includes numerous American and international orchestras, ensembles and choruses. FRESH! is part of Reference Recordings mission to encourage unique and fine artists, and give them a strong platform for promotion and sales nationally and internationally.