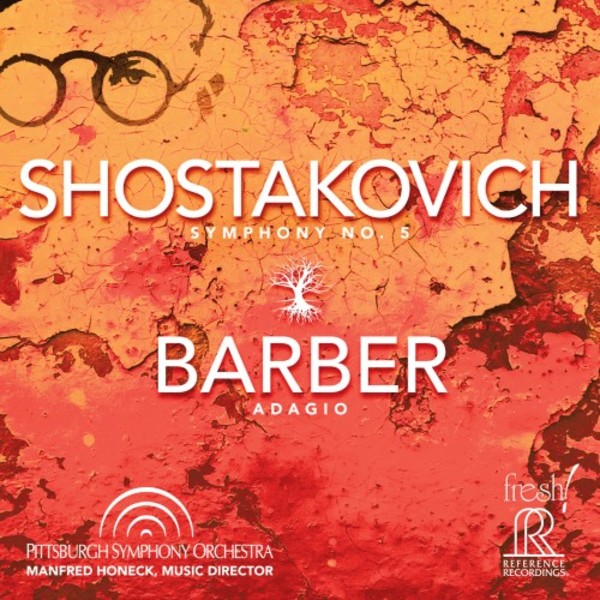 In his fascinating and scholarly music notes, Maestro Honeck gives us great insight into the history of both pieces, and describes how he conducts and interprets each. He reminds us that Joseph Stalins Soviet government was offended by Shostakovichs previous works. Under threat of arrest or banishment to Siberia, Shostakovich devised a new, less-complex compositional style for the Fifth Symphony, still full of irony and double meaning, to appease Stalin and appeal to the common people.

The Adagio of Samuel Barber is his most performed work, and one of the most popular of all 20th-century orchestral works. It is beloved for its beautiful simplicity and emotion. Manfred Honeck describes Barbers 1967 a capella version for mixed choir using the Agnus Dei text, and tells us his own interpretation is inspired by this text. He says it is for me, without a doubt, the key to finding a deeper sense of this piece. Perhaps it is for this reason that the Adagio has enchanted and moved audiences around the world since its very first incarnation and has continued to do so in all subsequent versions born since.

This release is the seventh in the highly acclaimed Pittsburgh Live! series of multi-channel hybrid SACD releases on the FRESH! series from Reference Recordings. Each has received dozens of critical accolades. Dvořák/Janáček (FR710SACD) and Bruckner 4 (FR713SACD) have each received Grammy nominations for Best Orchestral Performance.

The Pittsburgh Symphony Orchestra, known for its artistic excellence for more than 120 years, is credited with a rich history of the worlds finest conductors and musicians, and a strong commitment to the Pittsburgh region and its citizens. Past music directors have included many of the greats, including Fritz Reiner (1938-1948), William Steinberg (1952-1976), André Previn (1976-1984), Lorin Maazel (1984-1996) and Mariss Jansons (1995-2004). This tradition of outstanding international music directors was furthered in fall 2008, when Austrian conductor Manfred Honeck became music director of the Pittsburgh Symphony.

The orchestra has been at the forefront of championing new American works, and gave the first performance of Leonard Bernsteins Symphony No.1 Jeremiah in 1944, and John Adamss Short Ride in a Fast Machine in 1986. The Pittsburgh Symphony also has an illustrious history in the areas of recordings and radio concerts dating back to the 1930s. And, with a long and distinguished history of touring both domestically and overseas since 1900  including more than 37 international tours to Europe, the Far East and South America  the Pittsburgh Symphony continues to be critically acclaimed as one of the worlds greatest orchestras.