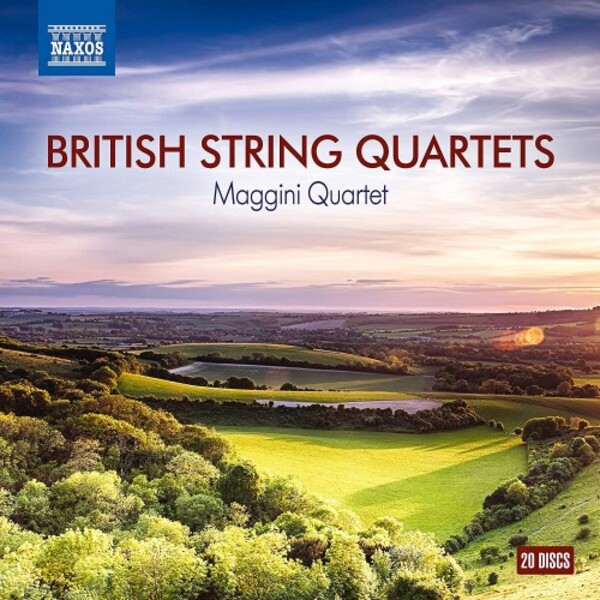 The string quartet is at the very heart of 20th-century British music, encompassing some of the quintessential works of the chamber music repertory. This compendium features fine examples of the genre, revealing the precocious talents of Benjamin Britten and John Ireland, the quicksilver craftsmanship of Frank Bridge and Alan Rawsthorne, the captured sunshine of Edward Elgars writing and the evocative pastoral renderings of Arthur Bliss and Arnold Bax. Although the musical styles of each of the composers featured in this collection are unique, their contributions are unified by an innate understanding and mastery of the string quartet form.
Founded in 1988, the Maggini Quartet is one of the finest British string quartets. Its acclaimed recordings have won international awards including Gramophone Chamber Music Award of the Year and Diapason dOr of the Year for their recording of Elgars String Quartet and Piano Quintet (8553737), and have twice been nominated for Grammy Awards.