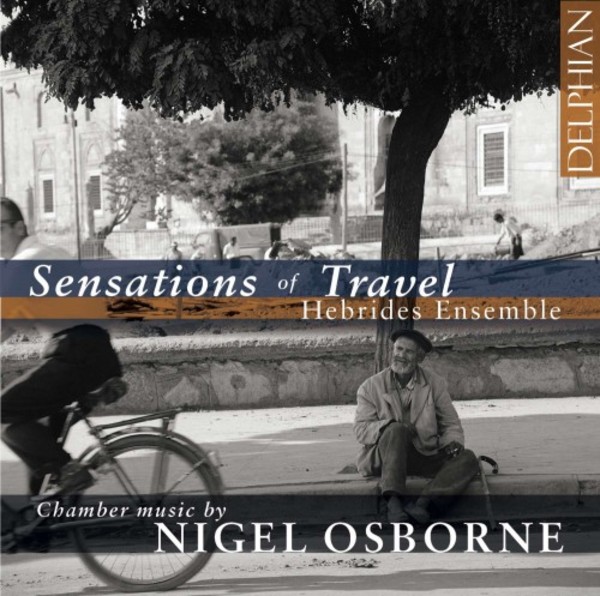 This third release from Hebrides Ensembles acclaimed recording partnership with Delphian pays tribute to the remarkable musical and human achievements of Edinburgh-based composer Nigel Osborne with a collection of solo and ensemble works.
Adagio for Vedran Smailović  performed here by the Ensembles director, cellist William Conway  was written in Sarajevo in the winter of 19923; Osborne visited the city several times during the Bosnian war, a period recalled in the 2001 Hebrides Ensemble commission Balkan Dances and Laments.
In Sarajevo and Mostar, Osborne developed a practice of music therapy for children that he has subsequently taken to warzones in Africa and the Middle East. Musics ability to cross boundaries  to bridge nations and continents, to bear witness and to heal  lies at the heart of this album, on which Hebrides Ensembles eloquent advocacy is supplemented by soundscapes and sung interludes featuring the voice of the composer himself.