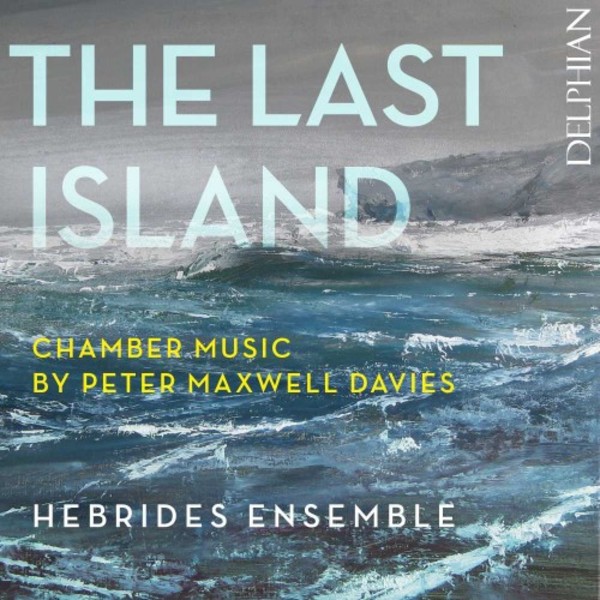 Peter Maxwell Daviess later music powerfully evokes the isolated majesty of his Orkney island home, yet it also bears witness to his talent for friendship  to his associations, both personal and musical, with friends and supporters in Scotland and further afield. Among the warmest was with William Conway, whom Davies first encountered as principal cellist of the Scottish Chamber Orchestra and for whom he wrote the demanding solo part of his second Strathclyde Concerto. And it was for the Hebrides Ensemble, founded by Conway in 1991, that Davies wrote several of the most impressive and personal works to arise from his late engagement with chamber music  a genre in which he had previously worked rarely, here revealed as the last island of this remarkable and prolific composers output. On its second Delphian album, the Ensemble reciprocates DaviesÒs friendship with definitive performances of works from his last decade, including the single completed movement of a string quartet left unfinished at his death.

The disc closes with the composer's very last work, a brief movement from an unfinished string quartet, its radiant finish a touching finale to this powerful disc.
BBC Music Magazine November 2017

The unique character of Daviess late style is grasped and understood in the Hebrides Ensembles highly nuanced performances... And not just the bare essentials. There are always surprises, little treats that one isnt expecting
Gramophone Ocober 2017