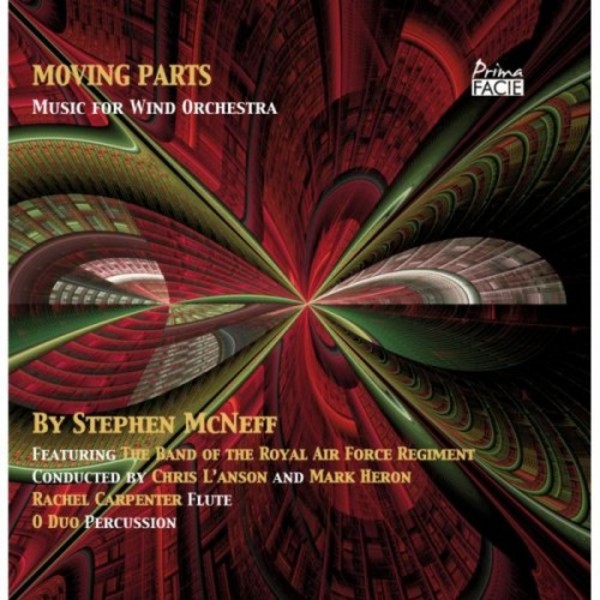 To celebrate the centenary of the RAF, Prima Facie is proud to release Moving Parts: Music for Wind Orchestra by Stephen McNeff, performed by the Band of the Royal Air Force Regiment, conducted by Chris LAnson and Mark Heron.
The music on the CD represents works which range from McNeffs first compositions for wind orchestra to the most recent. In that sense they sum up over twenty-five years work in the medium. McNeff has revisited them on several occasions and used the benefit of later experience to refine and renovate the works.
The programme is diverse, large scale ensemble pieces are mixed with two concertos, one for flute featuring Rachel Carpenter and a percussion concerto featuring the renowned O Duo.
Born in 1951 in Belfast, Stephen McNeff grew up in Swansea. In 2005 Bournemouth Symphony Orchestra appointed him first as Composer in the House and, two years later Composer in Residence working not only with the Orchestra, the Symphony Chorus and the contemporary ensemble Korkoro but in a range regionally organised and promoted musical, community and educational projects.

Adam Gorb - Dancing in the Ghetto