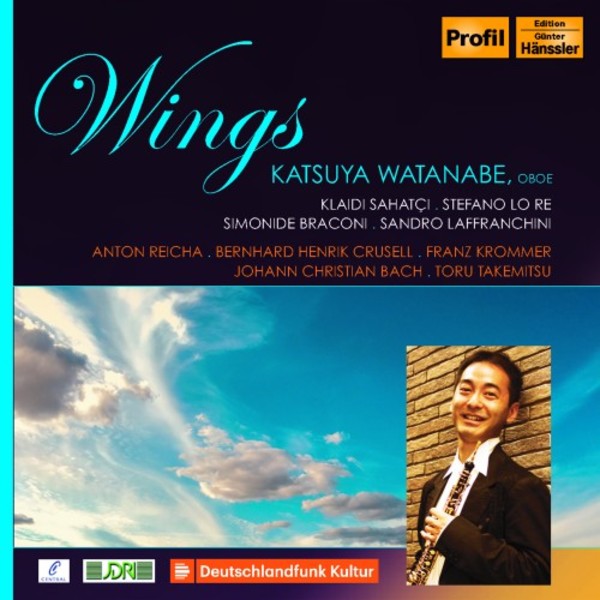 Oboe Quartet in B flat major

Quintet for oboe and string quartet in F major, op.107

Oboe Quartet in B flat major

Quintet for oboe and string quartet in F major, op.107

The programme of chamber music presented on this CD essentially comprises a set of rarities: compositions that are barely known in such arrangements or have rarely been recorded, brilliantly performed here by musicians who are experts in this field. These are works by composers who in some cases were renowned and popular throughout Europe in their day but later forgotten  a CD that calls for a closer look at relatively unknown but valuable music.

Katsuya Watanabe was born in Japan in 1966. He began learning the piano at the age of three and the oboe at thirteen. From 1985 to 1989 he studied at the Tokyo National University of Fine Arts and Music, where he won first prize and the Grand Prix in the Oboe Competition in 1991. In 1988, whilst still studying, he became deputy solo oboist in the New Japan Philharmonic Orchestra under Seiji Ozawa and remained in that post until 1992. He held the position of solo oboist first in the Wuppertal Symphony Orchestra from 1992 to 1996, then in Karlsruhe for a year and from 1997 to 2008 in the Orchestra of the Deutsche Oper in Berlin. Katsuya Watanabe is visiting professor at the Senzoku Gakuen College of Music in Tokyo.