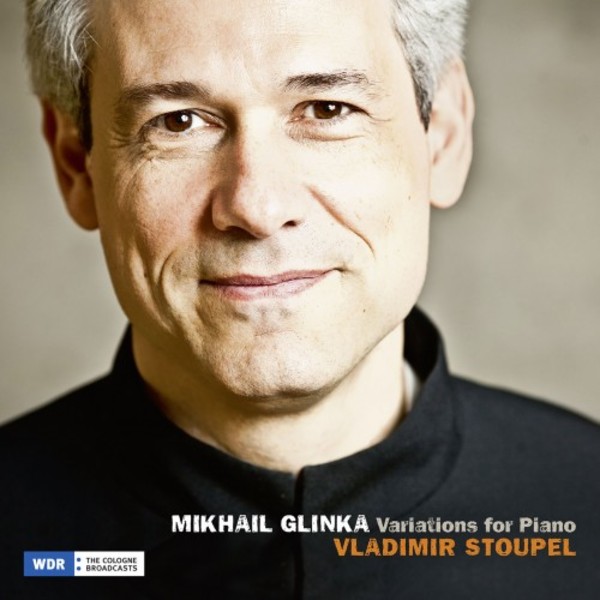 Paraphrase on Glinka's 'The Lark'

Variations on a theme by Glinka, op.35

Paraphrase on Glinka's 'The Lark'

Variations on a theme by Glinka, op.35

For me it has been a great joy to conceive and record the programme featured on this CD. The idea that inspired it was twofold: on the one hand, it is made up of variation cycles (with the exception of the Rondo brillante on a theme from Bellinis opera I Capuletti ed i Montecchi). On the other hand, the programmes chronological order not only traces the fascinating evolution of Glinkas composition technique, but also the manner in which his successors used what he had invented: the Glinka-type variation where the theme and/or structure are usually not modified, but the accompaniment is subjected to a great variety of transformations. Glinka was held in high regard as the father of Russian music. Many Russian composers made his variation technique their own and developed it further  for example, Tchaikovsky in the Finale of his 4th Symphony. I therefore decided to include two further works that refer to Glinka: the Paraphrase on Glinkas Song The Lark by Mily Balakirev (1837-1910), and Variations on a Theme by Glinka by Anatoly Lyadov (1855-1914) - Vladimir Stoupel

Russian-born pianist Vladimir Stoupel is an individualist with an extraordinarily rich tonal and emotional palette. The Washington Post praised his protean range of expression and Der Tagesspiegel described his performance as enthralling and atmospherically dense. His extraordinary technical command allows him to explore the outermost limits of expression, mesmerizing audiences with his musical intensity. As a soloist, Vladimir Stoupel has performed with many leading orchestras, including the Berliner Philharmoniker, the Gewandhausorchester Leipzig, the Konzerthausorchester Berlin and the Symphonieorchester des Bayerischen Rundfunks.

He has been invited by international music festivals such as the Schleswig-Holstein Music Festival, Piano en Valois (France), Bargemusic Festival (New York City), the Berliner Festwochen, Printemps des Arts in Monte Carlo and the Helsinki Festival, and performs in the worlds leading concert halls, such as Berliner Philharmonie, Konzerthaus Berlin, Konzerthaus Dortmund, Avery Fisher Hall, and National Gallery in Washington, D.C.. His extensive discography includes a highly acclaimed recording of the complete Scriabin Piano Sonatas on Audite, for which he received the Luxemburgian Excellentia Prize, among others. His recording of Henri Vieuxtemps works for viola and piano with Thomas Selditz was awarded the coveted Preis der deutschen Schallplattenkritik (The German Record Critics Award).