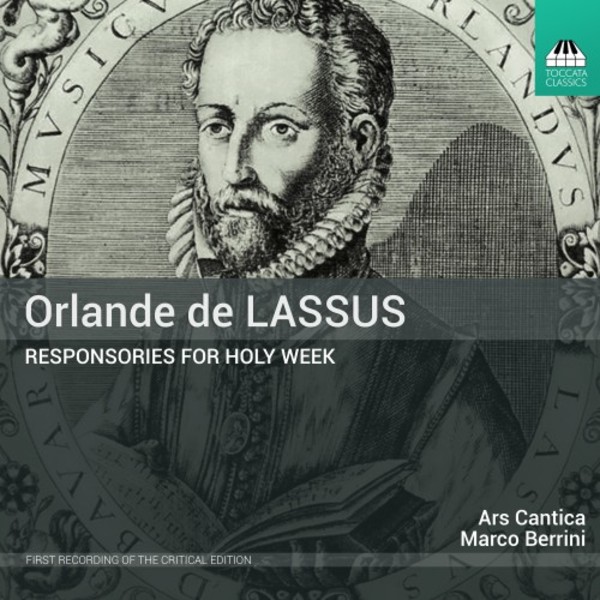 Orlande de Lassus (1530/32-94) was one of the most prolific composers in history: he wrote more than 70 Masses and 700 motets, around 300 madrigals and 100 Magnificats, as well as hymns, German Lieder, French chansons and Italian villanesche.
Around 1580 Lassus composed a four-voice setting of the eighteen Responsories for the second and third Nocturns of Holy Week, probably intended for the services in the private chapel of his employer, Wilhelm V, Duke of Bavaria. In these miniature dramas Lassus skilfully supports the text, as was then required by the Council of Trent, illustrating the human tragedy of the Easter story with exquisite music all the more moving for its restraint.
This is the first recording of the critical edition of the Responsories prepared by the late Peter Bergqvist, the internationally recognised authority on Lassus music.
Marco Berrini, one of the most active choral directors in Italy today, is professor of choral music at the Conservatorio Antonio Vivaldi in Alessandria, in Piedmont. He has worked throughout Italy, as well as in Austria, France, Germany, Israel, Portugal, Switzerland and the United Arab Emirates. He is the Artistic Director of the professional vocal ensemble Ars Cantica, which he founded in in 1988. Since then Ars Cantica has won numerous prizes in both national and international competitions and has participated in major national and international festivals.