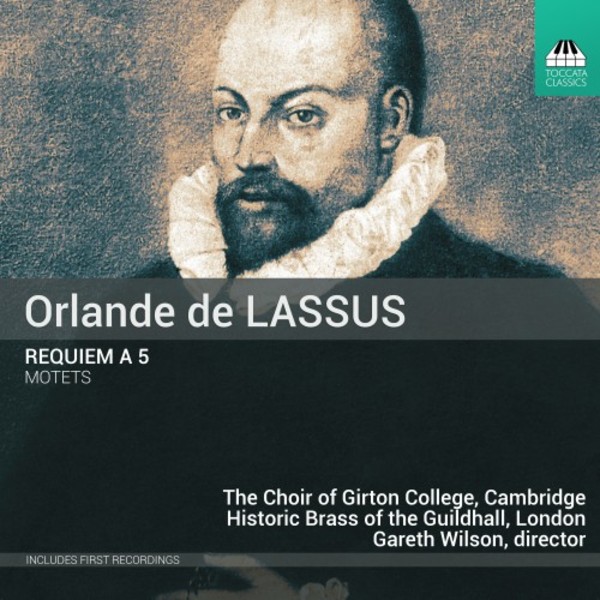 Lassuss five-part setting of the Requiem is rarely heard; here it is recorded with brass for the first time, the sombre colours of the sackbuts further darkening the tone. The recording interweaves a number of motets, some also receiving first recordings, and a madrigal on death by one of Lassuss contemporaries in an organ transcription prepared for this occasion. This innovative recording thus takes the listener on a spiritual journey, through the darkness of bereavement to the elevation of the Christian soul after death. The booklet notes are by Lassus expert Barbara Eichner and by the conductor of Girton College Choir, Gareth Wilson, who explains the thinking behind the programme.

Gareth Wilson studied at the Royal Scottish Academy of Music and Drama and Edinburgh University and at the Royal Academy of Music in London. He became a Fellow there, and subsequently lecturer, in Academic Studies between 2000 and 2004. At the same time, he joined the Music Department at Kings College London (KCL) and, in 2012, was appointed an academic professor at the Royal College of Music. In 2014 he was appointed Acting Director of the Chapel Choir of KCL. Gareth was appointed Director of Chapel Music and Bye-Fellow at Girton College in the University of Cambridge, where he is also a member of the Music Faculty, in the summer of 2015. He also lectures for the Royal College of Organists, works as a freelance choral conductor, is Director of Music at Christ Church, Chelsea, and is a composer.

Girton College Chapel Choir has gained an impressive reputation as one of the most distinguished mixed-voice choirs at the University of Cambridge. As an international prize-winning ensemble comprising around 26 students, it has built its reputation through regular choral services in Girton College chapel and frequent performances in parish churches and cathedrals across the UK. Choir members are all undergraduate or graduate students at Cambridge University. The choir has sung for the United Nations, as specially approved by the then Secretary General Kofi Annan, for the Duke of Edinburgh, the late Queen Mother, and the late Pope John Paul II.