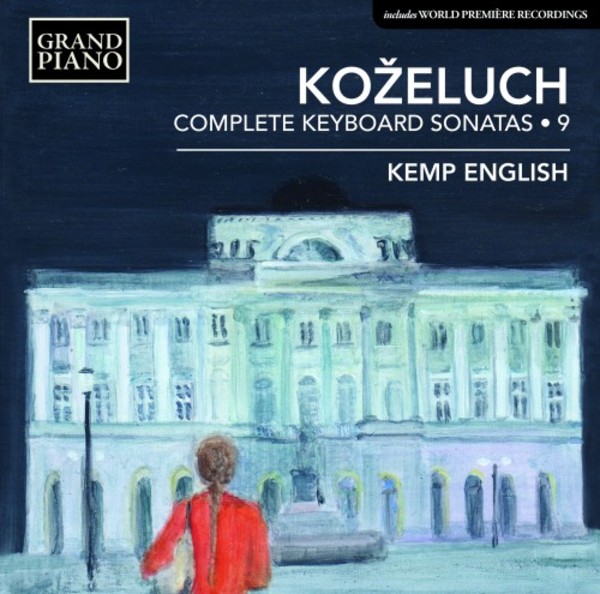 Some contemporaries in Vienna judged the Bohemian Leopold Koeluch an even finer composer than Mozart. He was especially esteemed for his mastery of the keyboard sonata, couched in the high-Classic style, which are amongst the most important of their time. In this volume, the early Sonata No.37, full of beautiful simplicity, is contrasted with the Sturm und Drang vehemence of Sonata No.36. Expansive slow movements in Sonatas Nos. 34 and 35 reveal endless cantabile beauties.
Kemp English is one of New Zealands leading concert performers. Much in demand as a solo organist, collaborative pianist, and specialist fortepiano exponent, he relishes the opportunity to work in a diverse array of styles and periods. He enjoyed a distinguished studentship at the Royal Academy of Music in London and later completed a Master of Arts degree in Music Performance at the University of York. In 2001 he was elected an Associate of the Royal Academy of Music  an honour recognising former students of the Academy who have achieved distinction in the profession.
World premiere recordings of sonatas by a composer who in his day some considered better than Mozart. The music proves vivacious and soulful, and Englishs playing is always engaging, often brilliant and sometimes electrifying.  BBC Music Magazine (Vol.5, GP646)