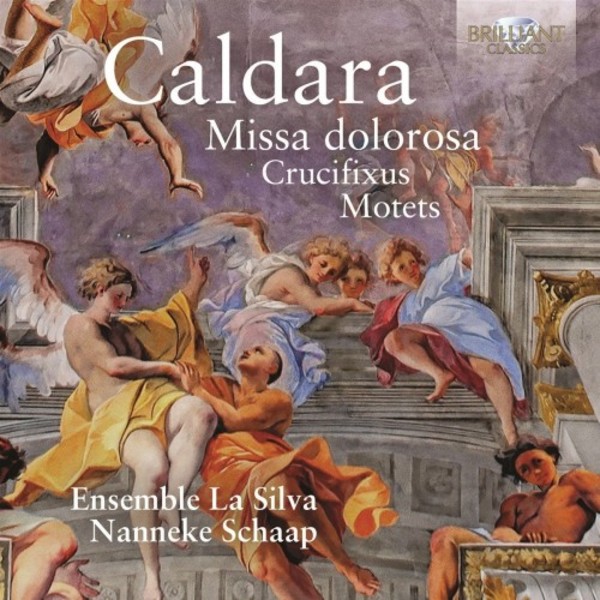 Antonio Caldara's magnificent Missa dolorosa was among his last settings of the mass. First heard on the feast day of the Seven Sorrows of the Virgin Mary, a week before Easter, the piece is characteristic of Caldara's seemingly effortless capacity for counterpoint writing. Written for the Habsburg emperor Charles VI, whose predilection for contrapuntal textures was well known, Caldara manages to weave emotional power into the music, using dramatic harmonies to underline the anguish in the text. Caldara's motets are also based on religious themes, using quotations from the Bible, plus psalms and well known prayers. The ten motets vary considerably in length, with some compact and others expansive; nevertheless, like the mass, they are all characterised by Caldara's expert contrapuntal writing. The English composer John Ravenscroft, who was based in Italy for most of his life, probably never met Caldara; however, their names were entangled when Ravenscroft's music was mistakenly published under Caldara's name in the 20th century. The addition of his dramatic Sonata  also an exercise in first-class fugal writing  is a tribute to an influence in common, as both men were likely pupils of Corelli.

This thoughtful and interesting programme comes from the Dutch Ensemble La Silva and its artistic director Nanneke Schaap. Formed in 1984, the ensemble mainly performs Baroque music, including works by Bach, Handel, Frescobaldi and Telemann. They are interested in exploring new ways of performing, particularly pursuing the connections between music and dance.

They have previously performed Buxtehude's Membra Jesu Nostri in collaboration with a modern dance ensemble, with the singers singing from memory and moving alongside the dancers.