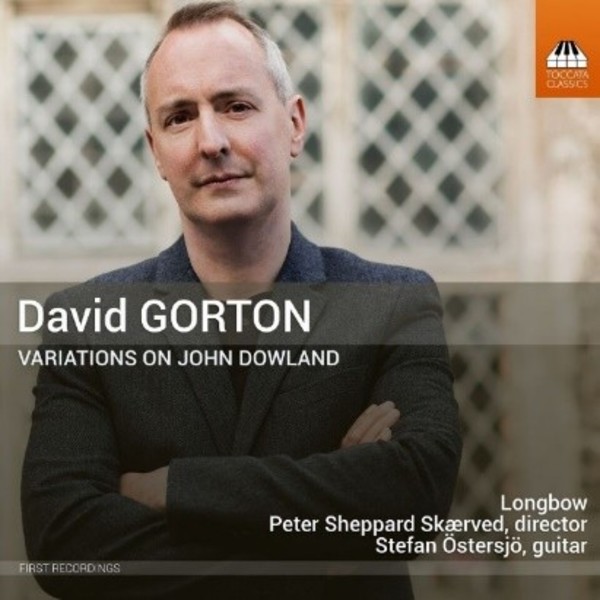 This album links the contemporary world with the Tudor England of 400 years ago. The English composer David Gorton (b. 1978) has gone back to the music of John Dowland and rethought it in contemporary terms. He has written an extended set of variations for string ensemble on Dowlands massive hit Lachrymae and another on Dowlands Forlorn Hope for 11-string guitar, where the titles of some of the variations poke fun at British politicians.

Composers all over Europe made their own versions of Lachrymae, and this album proves that Dowlands fascination endures.

Stefan Östersjö is a leading classical guitarist specialising in the performance of contemporary music. His debut album won a Swedish Grammy in 1997 and he has since recorded extensively and toured Europe, the USA and Asia. In 2009 he became a research fellow at the Orpheus Institute in Ghent, and he is currently associate professor of artistic research in music at the Malmö Academy of Music.

Longbow is a collective of international performers known for recordings on labels including Naxos, Toccata Classics and Métier. They regularly give performances at Londons Wiltons Music Hall, where their programmes bring together music ranging from early Mendelssohn to works written for them. The ensemble is drawn from some of the most creative and original performers active today; its members hail from Australia, Canada, France, Japan, Macedonia, Taiwan, the UK and the USA.