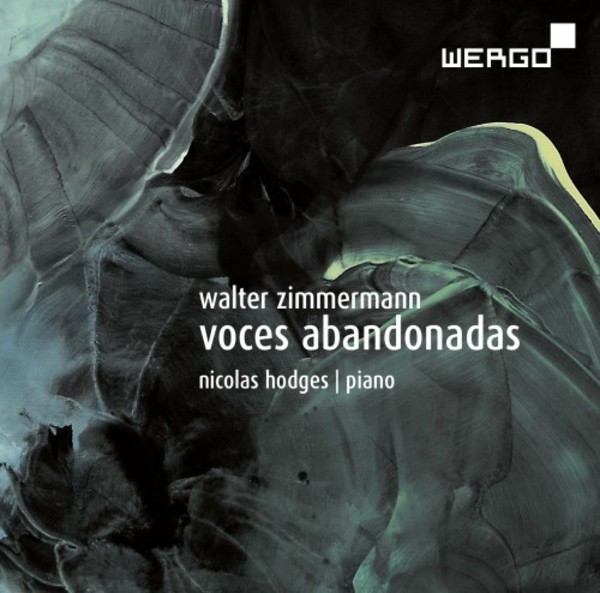 Walter Zimmermanns music is often introverted and sometimes broodingly hesitant, but it is also enigmatically intimate; turbulent atmospheres, large gestures, and emphatic forms are foreign to him. Zimmermann found his place apart from the avant-garde streams coming out of Darmstadt and Cologne. Seeking simplicity, he distanced himself from the neo-expressionistic tendencies that arose in the 1970s, orienting himself to the individualism of US composers and the diatonic character of the early works of John Cage. Zimmermanns music is individual, as well as distinct and unmistakable. It does not pursue fixed architectonic forms, but rather crystalline expanses. Zimmermanns compositional motivation comes from unusual sources. He draws impulses from ancient mythology, Renaissance symbolism, philosophy, literature, and the visual arts.

In the present recording, Nicolas Hodges plays piano works written between 2001 and 2006. Piano music facilitates the ordering of structural elements. For Zimmermann, it is a kind of laboratory for his compositional methods. Voces abandonadas is a counterpart to Beginners Mind for one pianist with voice (1975), which was inspired by Shunryū Suzuki and Zen Buddhism. The later work is based on two collections of aphorisms by the Argentinian poet Antonio Porchia. Zimmermann formed brief emblematic sound representations out of the 514 sentences and aphorisms in Voces abandonadas. As Zimmermann writes, 'The entire book with its two volumes has been translated into 514 piano "sentences", most of which last only one measure, often only part of a measure, or the duration of a fermata. These "sentences" follow one another without pause. In the compositional process, the sequence of the sentences or aphorisms reflected their sequence in the books.'

... Hodges also brings utter structural clarity and his usual punctilious care for every gradation of tone and dynamic, are generally much slighter. ... three movements from Aimide (an acronym from a Latin saying about the persistence of friendship and the transitory nature of enmity), the first of which was composed in the wake of 9/11, make a beautifully poetic 20-minute triptych that closes a hugely rewarding disc.  Andrew Clements
The Guardian 18 January 2017