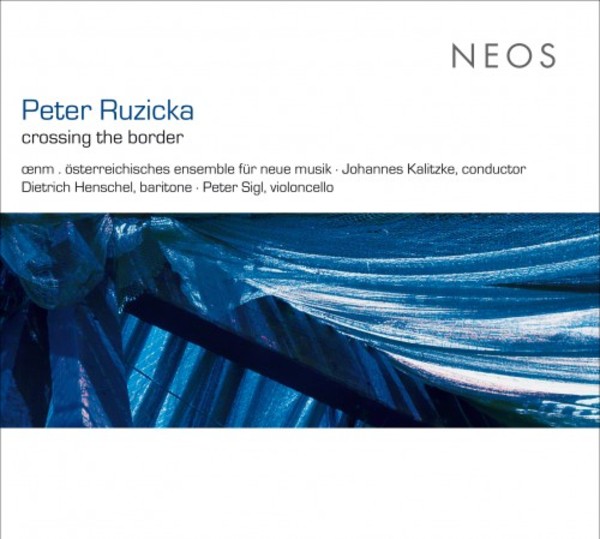 Peter Ruzicka composed the works on this CD during three different creative periods. The cantata Der die Gesänge zerschlug (Who Shattered the Songs) was created halfway along the path towards his first opera Celan. Alongside the violin concerto Inseln, randlos (Islands, Edgeless) and the orchestral piece Vorgefühle (Presentiments), it marks a significant predilection, in terms of both musical language and structure, for staged music.

Sturz (Plunge) was written between the Celan opera and its successor, the music-theatre Hölderlin, and went into the music of the second stage work via several metamorphoses. The cello concerto Über die Grenze (Crossing the Border), closely related to the ensemble piece Trans, explored the expressive und structural terrain for a new opera before either its essential content or working title were known. Meanwhile Benjamin has been completed and awaits its world premiere planned for 2018.

The OENM (österreichisches ensemble für neue musik) has dedicated itself to the performance of contemporary music for over 40 years and has established itself internationally as one of the leading ensembles of its kind. With over 300 world premieres since its founding and regular participation at numerous major festivals, the ensemble residing in Salzburg has meanwhile become indispensible on the worlds great concert stages.