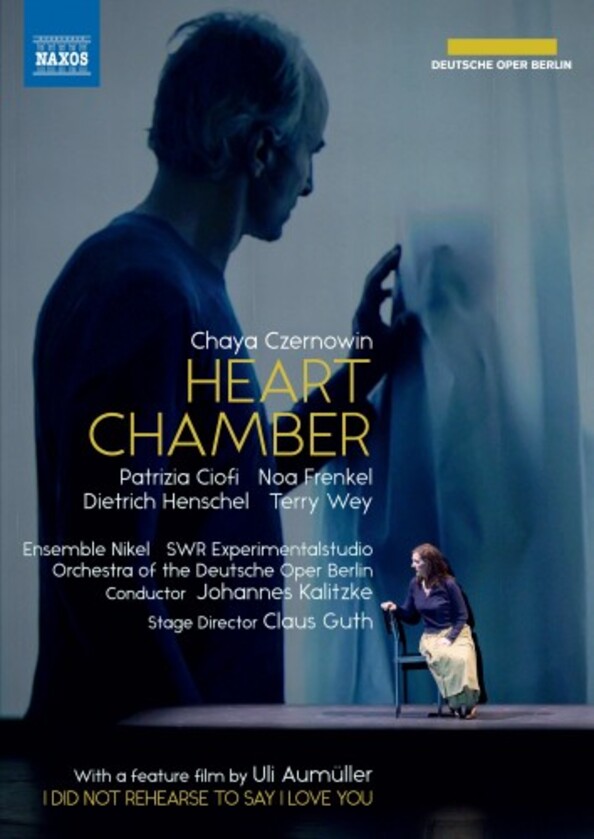 Heart Chamber: An inquiry about love

Heart Chamber: An inquiry about love

The works of award-winning composer Chaya Czernowin have been performed worldwide at significant new music festivals and prestigious venues, and she is the first woman to be appointed composition professor at Harvard University. Commissioned by Deutsche Oper Berlin and widely acclaimed in the critical press, Heart Chamber uses voice and stage as internalised sonic and visual landscapes to create a genuine multi-sensory musical experience. With only two characters and a hint of a narrative, this is a grand opera on the smallest of transformations, focussing on the intense beauty and vulnerabilities of falling in love.

Heart Chamber is Chaya Czernowins Naxos debut, but what a debut! This remarkably powerful production was premiered in November 2019 at the Deutsche Oper Berlin, and went immediately to the top of the critical charts, being named one of the Top 10 Notable Performances of 2019 by Alex Ross of The New Yorker, Best of 2019 with Seen and Heard International and Top of 2019 for Deutschland Radio.

Opera Wire wrote about the production: Heart Chamber spoke directly from the contemporary zeitgeist  our concerns with loneliness, mental health, toxic relationships between men and women  but none of the issues it addressed were exclusively modern Czernowins work was invigorating and refreshing, with its contemporary sensibility and its experimental use of instruments and voices.

Bonus feature:
- I Did Not Rehearse to Say I Love You: A feature film by Uli Aumüller