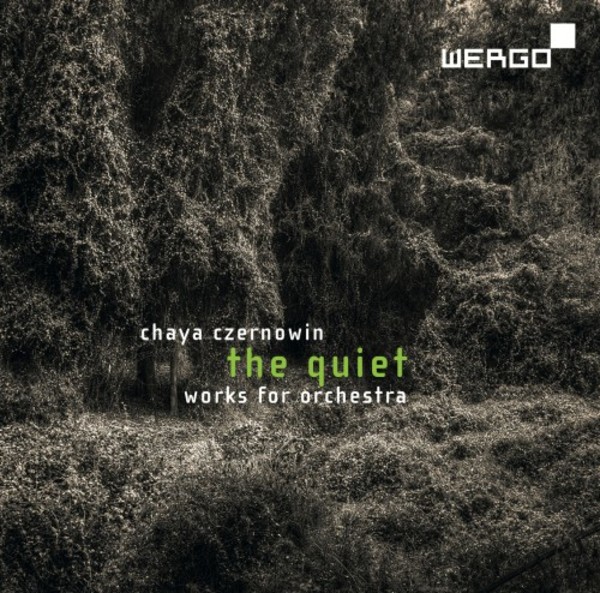 In The Quiet (2010) and Zohar Iver (2011) Chaya Czernowin reached a turning point: a new orientation which continued in works such as Esh (2012), At the fringe of our gaze (2012/2013), and White Wind Waiting (2013). As I was writing The Quiet, I was conscious that I had already been wishing for this change for ten years. In retrospect, I see all these orchestral works as a kind of corridor through which I arrived at a new path. This new path marked Chaya Czernowins shift toward a musical language in which space and gesture became the focus of compositional interest, as did the discovery of processes for musical movement and an accompanying change in perspective.

The Quiet, Zohar Iver, and Esh [the Hebrew word for fire] form a group of works which Chaya Czernowin calls The Crescendo Trilogy, because in all three pieces different kinds of crescendos play a central role: in The Quiet, an exponential increase in volume ends the piece, while in Zohar Iver, the crescendo is interrupted with the entrance of the pedal point before the end.

At the fringe of our gaze, for orchestra and a concertino group, was written in response to a commission from Daniel Barenboims West-Eastern Divan Orchestra. It is music consisting of highly differentiated layers of sound, which rise from the depths and ascend to the highest heights. The work  with which Chaya Czernowin wanted to introduce her music to the orchestras young musicians  is intended to focus on border areas of perception.

As diverse as Chaya Czernowins individual creative phases are, there has always been in her musical language a distinctive way of working with the characteristics of individual sounds, developed with the most refined rhythmic, coloristic, and sound nuances; there is also a deliberate search for emotional extremes, which always give the pieces a physical and existential power.