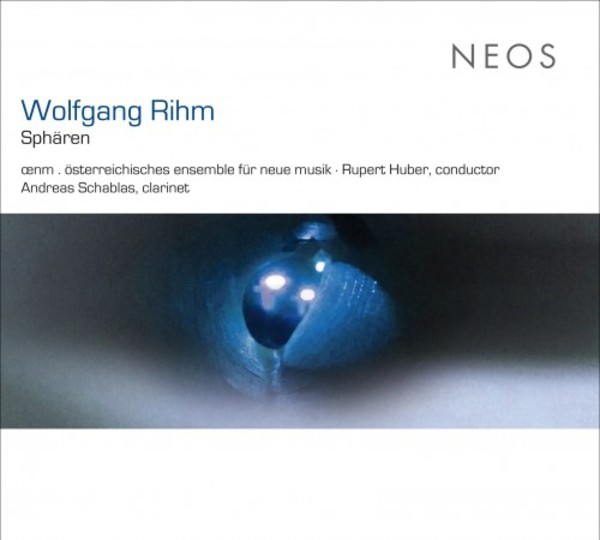 Seraphin-Sphare
Sphare um Spare for ensemble
Vier Male: pieces for clarinet in A

Seraphin-Sphare
Sphare um Spare for ensemble
Vier Male: pieces for clarinet in A

Wolfgang Rihm is doubtless one of the most successful composers of our time and can also look back on an enormous oeuvre that can hardly be classified within a single stylistic direction.

According to Wolfgang Rihm, in Sphäre um Sphäre for ensemble (1992/2003): Some pieces carry genetic material within them that went out into the world decades ago. In this case, the constant transformation began in 1990
with the piece ...et nunc, to which a solo piano part was added in the second version; this solo part was then released (Nachstudie - Post-Study), before it became Sphäre nach Studie and finally as in the medieval parody masses, an integral component of Sphäre um Sphäre in 2003 - in which new sonic spheres around sonic spheres formulate themselves around the old material.

This recording also includes Séraphin-Sphäre for ensemble (1993-1996/2006), the most recent work by Wolfgang Rihm which was premiered in 2006, is another example of the constant transformation of themes for the constantly renewing harmonies of the spheres. The works on this disc are performed by oenm . oesterreichisches ensemble fur neue musik with Rupert Huber, conductor, and Andreas Schablas, clarinet.