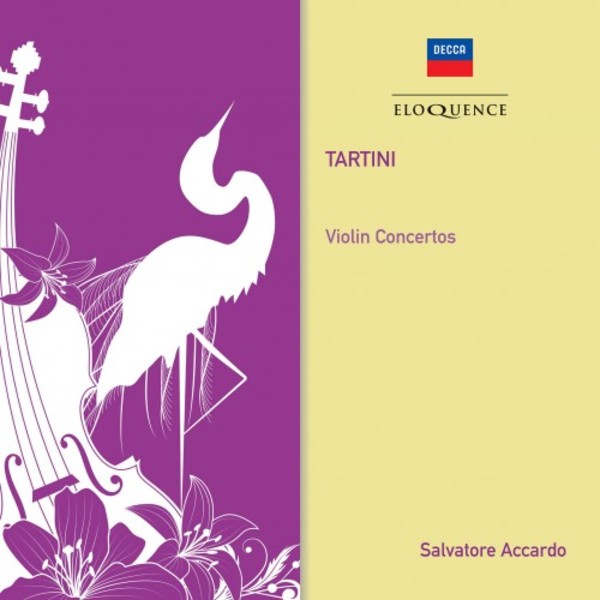 Salvatore Accardo, born in Turin in 1941, brings an Italianate warmth and intensity to the music he plays  not just to fellow countrymen such as Vivaldi, Tartini and Paganini, but also to Austrian and German composers.
By the age of thirteen he had performed Paganinis Caprices in recital, and he was an international competition winner before he even had left his teen years. His career as a soloist quickly blossomed. Nevertheless, he did not neglect chamber music  in 1992, he founded a string quartet that bears his name  and he also has led chamber orchestras, including the renowned I Musici. He recorded extensively for Philips and for Deutsche Grammophon. For the latter, his set of Paganinis complete violin concertos, with conductor Charles Dutoit, remains a standard against which others are judged, and it has not been out of print, in one form or another, since it was released in the 1970s. His two recordings of concertos by Tartini  five in all  were recorded in 1973 and 1982.
amongst the finest contributions to the regrettably slender Tartini discography ... Good recorded sound; strongly recommended - Gramophone, September 1985 (Concertos, D 96, 117, 78)
Accardo and the English Chamber Orchestra state [Tartinis] case with both eloquence and elegance. There has always been a certain lyricism in Tartini's music, but here it is underscored with a telling beauty that brings these works into relief. The performances are superb - Fanfare, September/ October 1984 (Concertos, D 56 & 83)