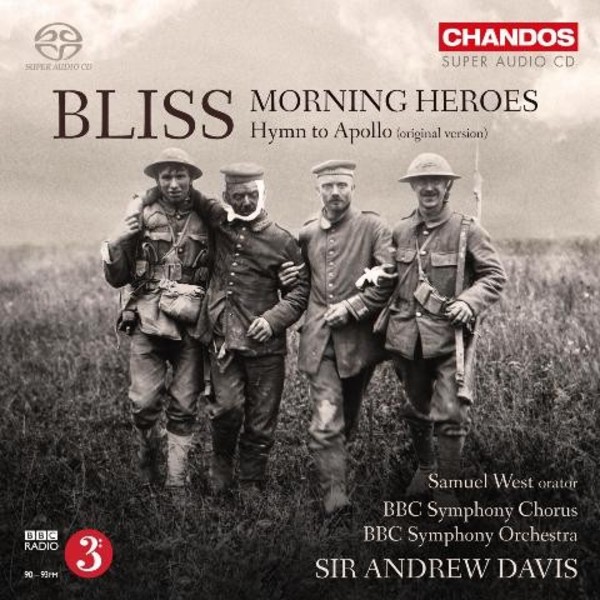 The disc was recorded after a remarkable performance of Morning Heroes at the Barbican in May 2015, The Guardian praising the 'excellent' Samuel West, and Davis who 'got [the] mood exactly right, and both the orchestra and chorus did everything that he asked of them [producing] a convincingly symphonic shape'. 'One of the finest British choral works of its time', it concluded, this work is 'now not heard as often as it deserves'.

The piece is coupled with the Hymn to Apollo, recorded here for the first time in its original 1926 version. Bliss said that this work of wistful sadness, anguish and anger 'moves like a procession of supplicants'.

Like many of his works, Morning Heroes and Hymn to Apollo were composed as a tribute to his brother Kennard, who had died on the front during WWI. Both works were premiered in the 30's to immediate success, but have been rather neglected since then.