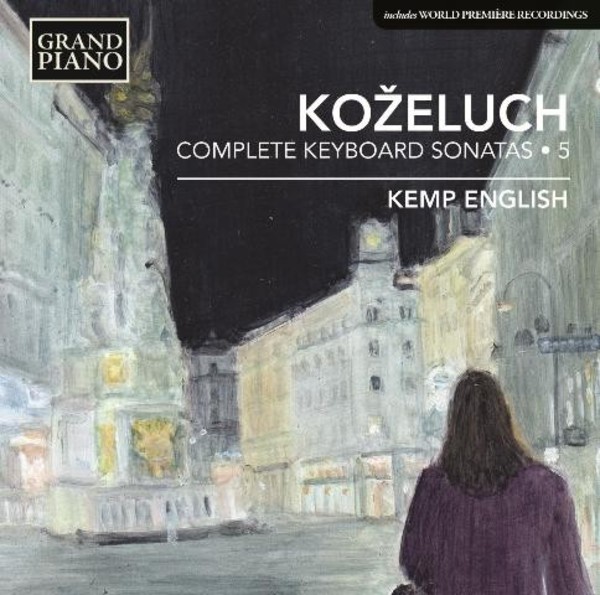 A native of Bohemia, Leopold Koeluch made his name in Vienna, a thriving musical centre dubbed the land of the Clavier by Mozart. The sonatas in this volume all appeared in 1784, meeting the challenge of Mozarts popularity head-on. Koeluch was singularly adept at producing what was considered the ideal fortepiano sonata of the time, his high reputation making him an influential supporter of a new instrument capable of accommodating the clarity, the delicacy, the light and shade he demanded in music.

Kemp English is one of New Zealands leading concert performers. Much in demand as a solo organist, collaborative pianist, and specialist fortepiano exponent, he relishes the opportunity to work in a diverse array of styles and periods. His solo recordings have all met with widespread critical acclaim at home and abroad, and feature regularly on Radio New Zealand, the ABC, BBC Radio, Classic FM UK and USA radio networks. In 2001 he was elected an Associate of the Royal Academy of Music  an honour recognising former students of the Academy who have achieved distinction in the profession. Four years later, after more than a decade as Executant Lecturer in fortepiano, organ and harpsichord performance at the University of Otago, he made the decision to freelance and concentrate on his increasingly hectic performing and recording career. He continues to tour Australasia and Europe as both a solo and collaborative performer.