Of Versions and Editions 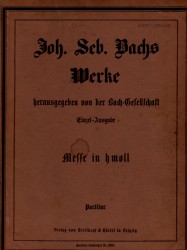 Anyone whose interest in classical music is of more than the casual, background listening kind will at some point or other have come upon the question of versions. Even with such an old warhorse as Tchaikovskys 1812 Overture (a work currently placed on the naughty step), the choice of with or without choir arises, while other perennial crowd-pleasers such as Albinonis Adagio (actually a concoction by 20th-century musicologist Remo Giazotto) and Allegris Miserere open up several cans of worms. You might be asked, if discussing recordings of Beethovens Fifth, which version you have: Toscaninis or Furtwänglers, Karajans or Klemperers? But the sense in which were considering the term here relates to distinct iterations of the note text itself, either purely from the composer, or from their wider circle of friends and colleagues (pupils, performers), contemporaries and later generations.

The question of versions is a particularly thorny one for composers who, for whatever reason, were inveterate revisers. Anton Bruckner was one, often at the prompting of members of his inner musical circle (Ferdinand Löwe and the Schalk brothers). The result is that many of his symphonies exist in more than one version, sometimes as many as three or four, creating a veritable textual minefield for the poor customer simply wanting a recording of Bruckners Fourth Symphony (the Romantic) for their collection. Beethovens extensive revisions to his only opera, Fidelio (initially entitled Leonore) are comparably complex, although until recently almost all recordings were of the standard final version of the text.

Even composers without reputations as compulsive tinkerers provide plentiful examples: Mozarts Symphony no.40 in G minor exists in versions without and with clarinets (their addition led him to revise the other wind parts to accommodate them), while the differences between the Prague and Vienna versions of his opera Don Giovanni are plentiful and fascinating. In fact, opera in general is a fertile ground for multiple versions, due to the many practicalities involved in its presentation: singers of different capabilities and strengths will need to be accommodated and satisfied, particular productions and theatres may have different requirements in terms of length, provision for scene-changing interludes (Janáčéks Káťa Kabanová, Debussys Pelléas et Mélisande), while local custom may dictate the inclusion of swaths of new music (any work performed at the Paris Opéra was required to include a lengthy ballet sequence). The differences between the 1869 version of Mussorgskys Boris Godunov (rejected for performance by the Imperial Theatres) and the revised version of 1872 are extensive, with a whole new Polish Act and characters introduced.

Often, composers will either make or authorise alternative versions of their own original work: Brahms judged the viola a legitimate alternative solo instrument in his late clarinet sonatas, while César Franck approved Jules Delsarts cello arrangement of his Violin Sonata in A major. The more one investigates the subject of versions, the more widespread it proves to be. In early music, particularly before printed scores led to standardisation of texts, scribal variants are not only plentiful (and, indeed, inevitable): they also help musicologists in reconstructing the history and performing traditions of particular works. Even in music as recent as J.S. Bach (most of whose music did not appear in print in his lifetime), variant readings  of articulation, and often of the notes themselves  can help in building up a picture of the chronology and early dissemination of works now regarded as cornerstones of western art music.

Nearer to our own time, where contemporary composers are fortunate enough for their music to be heard in a second performance, they will quite often make revisions based on their practical experience of the premiere and its preparations. Pierre Boulez  when he wasnt conducting or giving talks and lectures  was an almost compulsive reviser of his own works, many of which exist in several versions, while as a result some other projects were either left incomplete (Notations for orchestra) or never even started (a mooted operatic version of Becketts Waiting for Godot).

Related to but distinct from the generation of different versions of works by composers and their associates is the question of editions: published (usually printed) forms of works, sometimes overseen by the composer in person (as with Brahms), or with their active or passive approval, or (if prepared after their death) supervised by an editor  hopefully one with expertise in the appropriate repertoire, genre, etc.. Printed editions of music go back to the 15th century, but the trend for historically-informed editions really took root during the 19th century with the preparation of monumental multi-volume collected works, often devoted to a single composer such as Bach, in a drive to raise art music to the status of great literature. Brahms was an active editor, not just of old music like Bach and Handel, but also of the recent past such as his friend and champion Robert Schumann. The preparation of such editions was by no means reserved solely for stuffy academics with no real insight into the creative process: for example, no less a figure than Saint-Saëns was active in preparing editions of Rameaus music to rival what was going on in the German-speaking lands.

One consequence of these collected works projects  in literature as in music  was the idea of a definitive text. When the early music movement really began to blossom in the post-war years, it was the transparent presentation of cleaned-up texts from editions such as the Neue Bach-Ausgabe (which steadily replaced the old 19th-century Bach Gesellschaft scores) that was one of its greatest achievements. Yet times and fashions change. Even as the Neue Mozart-Ausgabe was presenting wonderfully clear texts of Mozarts huge output, performers like Charles Mackerras were coming along armed with insights into the appropriate application of period ornamentation. Such efforts were viewed with scorn by purists, but now, more than half a century later, the historically-informed use of period practice, in matters of ornamentation, rubato, registration, and even programme construction, is becoming second nature to a generation of performers who bring added value to their presentations of authentic scores.

Perhaps the lesson we should take away (even from the multiplicity of Bruckner editions, with different editors offering their own take on this or that edition of that or this symphony) is that there is no such thing as a definitive text. All texts and all performances are necessarily provisional (as Stravinsky, with his continual revisions of early works and evolving performances of his own music, proved). Greater insights are possible to performers who recognise this fact when performing from carefully prepared editions. But perhaps  frustratingly for publishers and editors  it is still those who perform with unwavering conviction, whatever score theyre using (Mitropoulos, Furtwängler and Schnabel come to mind) who can still offer us the greatest sense of connectedness to the great music of the past.