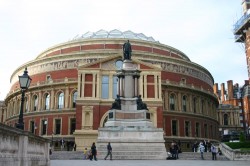 Around this time each year, the British classical music-loving public (such as it is) takes part in a time-honoured sport: huffing and puffing about the newly-revealed programme for the summers BBC Proms season. This year, following two summers in which the concerts were severely curtailed thanks to the global Covid pandemic, the announcement was keenly awaited, and the scrutiny has been particularly intense.
The director of the BBC Proms, David Pickard, has an unenviable task in choosing a multi-themed programme for the eight-week season that will include something for everyone  the young, the old, the traditionalists (of various hues) and the more adventurous  without simultaneously offending them. Attracting younger audiences to classical music, for example, is surely an aim with which we can all agree, yet the inclusion of a CBeebies Prom (to be given twice this year) has been widely pilloried, as has the inclusion of a couple of Relaxed Proms: matinee performances of most of the preceding evenings concert in a more informal atmosphere. You can almost see the veins about to rupture on the faces of some Proms purists, yet its worth remembering that Henry Woods original Promenade concerts were precisely that: concerts where the public could walk about in the promenade area of the auditorium while enjoying music pleasing to the ear (including a generous selection of popular ballads).
Other recent innovations are continuing to be developed: the number of concerts outside of London (let alone the hallowed inner sanctum of the Royal Albert Hall itself) continues to grow throughout the season, with Proms scheduled at Belfast, Gateshead, Truro, Bristol, Cardiff, Liverpool and Birmingham  all reflecting the increased pressure on the BBC to get out of London. Hackles have been raised by the first Gaming Prom from the Royal Philharmonic Orchestra  nothing to do with grouse and the Glorious Twelfth, but reflecting the increased profile of scores for computer games. (If movie scores can have their moment in the concert hall  as witnessed by the high-profile homages paid this year to the nonagenarian John Williams in Berlin and Vienna, no less  then why shouldnt computer games?)
But testing the edges of what the classical repertoire should be is one thing. The inclusion (as Prom 3) of a Radio 1 Relax at the Proms may test those who feel that the BBC Proms claim to be the worlds biggest classical music festival should mean something not just in terms of size but also content. And how far Radio 1s Chillest Show overlaps with that content remains to be heard...
The perrenial accusations of dumbing down will be levelled again. Opening out classical music to wider audiences is a laudable aim, but not if at the same time watering down the season-wide commitment to innovation and adventure. The number of new commissions looks encouraging, but how many of them will be genuinely challenging while managing to engage the audiences has yet to be proved. Here, the timidity of record companies and many concert promoters is surely a contributory factor. The days of the major labels investing in genuinely radical new music is largely gone (and, incidentally, isnt a box set reissue of Deccas famous Headline series well overdue?). Label managers and agents now seem to prefer the soft-soap approach of cross-over, new-Romantics and minimalists (are the latter still fashionable?) to anything that might genuinely stretch the listener.
On disc, radical new repertoire may now be the preserve of a few admirable New Music labels (NMC, Kairos, Neos and Métier among them), and broadcasts scheduled late enough that they that wont upset mainstream listeners. But the BBC is still a publicly-owned organisation with a remit since its establishment in 1922 to inform, educate, entertain (the ordering itself reveals much about the priorities of an earlier, more patrician age), and if CBeebies and Relax At Proms are at one end of the scale, the other end should not be neglected.
Then again, this is a responsibility for all of us. How many times is the old trope of the misunderstood composer, neglected in his lifetime (and it usually is his rather than her in such stories), and dying in poverty, rehearsed to us in the popular biographies of great composers to whom we feel we would do so much more justice were they alive today? And yet most classical audiences continue to neglect new music, blaming the composers themselves (just as Mozart, Bruckner, Stravinsky et al. were blamed by their contemporaries) rather than looking at our own tastes and prejudices  usually at least 50 to 70 years behind the times, often more like a century or two.
Record labels, broadcasters, promoters and perfrmers dont just shape public demand: they can (however slowly) respond to genuine demand, and if we were more demanding of ourselves, we would be better placed to ask more of them too. Arent there quite enough complete Bruckner/Mahler/Sibelius/Shostakovich cycles already? How many more unjustly (or perhaps justly?) neglected gaps in the 19th-century repertoire do we still need to fill before we accept that its time to move on? Why are we still less concerned with remedying our own gaps in earlier or more recent repertoires than with paying tribute at the great edifices of a couple of centuries ago, and the mindsets that went with them?
Meanwhile, its encouraging to see that the centenary of the birth of leading avant-garde composer Iannis Xenakis (19222001) is being celebrated by the Proms in some style. And how good, too that they are giving a more prominent place than ever before to women composers  a significant and widely supported culture shift  even if the high profile alotted to Ethel Smyth in this particular year (featuring in several concerts across the season, in addition to a Glyndebourne performance of The Wreckers) is unexplained. Now if only we could harness such enthusiasm for music of our own time, that really would be something!