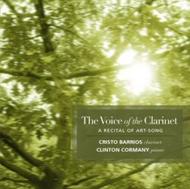 The repertoire in this recording features composers whose work was banned under the Nazi regime  some were committed to their Jewish roots, others completely unaware of their Jewish antecedents. In consequence, the songs on the CD are not particularly Jewish in style or content, but are rather more reflective of the diverse nature of Germanic classical song in this period.
Judith Sheridan has a personal connection to the period. Her father was one of the last Jewish students to study at Heidelberg University before the Nazi occupation forced him to flee. There are no biographies of these composers because they were banned and their music was withdrawn, and a lot of music was burned. "Because of the war, people had other concerns in rebuilding their lives and rebuilding Europe. They just literally sank from people's consciousness," says Judith Sheridan.
In the early 1980's, while studying at the Opera Studio in Hamburg, Germany, she stumbled upon the music of composers such as Franz Schreker, Berthold Goldschmidt, Erwin Schulhoff and Pavel Haas. Sheridan has since devoted years to researching the work of a generation of Jewish composers who were banned from Nazi Germany in the 1930s, and intends to revive their music and tell their stories in a series of international performances.
The booklet contains an essay by Judith Sheridan entitled Music in captivity: Race, Identity and Culture in the Third Reich which gives a fascinating insight into the period. Also contained in the booklet are biographical details of the featured composers, together with the song texts with English translation.
Judith Sheridans career has taken her to opera houses and concert halls across Europe and America. A graduate of the RNCM and Lancaster University, she performs regularly in the UK and US both as a soloist and as a member of both the Midgard Ensemble and Duality. In addition she is a teacher of singing at a number of academic establishments in the UK. Craig Combs is a well known accompanist, particularly in his home country, America.