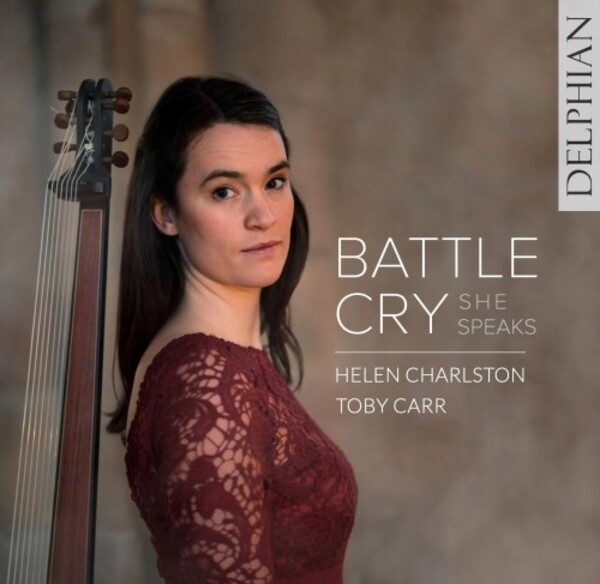 An Evening Hymn, Z193 'Now that the sun hath veiled his light'
Bonduca or The British Heroine, Z574

» O lead me to some peaceful gloom
Dido and Aeneas

An Evening Hymn, Z193 'Now that the sun hath veiled his light'
Bonduca or The British Heroine, Z574

» O lead me to some peaceful gloom
Dido and Aeneas

This powerful yet understated recital of modern and seventeenth-century works aims to revisit but also to re-balance the obsession of earlier music with female abandonment and lament.

The stories of women such as Dido and Ariadne have been told and retold throughout history. Mezzo-soprano Helen Charlston reconsiders the assumed helplessness of those often seen as being left behind by male adventure and success. A recent work commissioned for Charlston from the composer Owain Park further takes up the challenge of giving abandoned women their own platform, as well as exploring new possibilities for an instrumental pairing  that of voice and theorbo  that remains little explored in contemporary music.

Mezzo-soprano Helen Charlston, whose singing we so admired on An Elizabethan Christmas alongside viol consort Fretwork, teams up with her regular duet partner, theorbist Toby Carr, for her latest release. Entitled Battle Cry: She Speaks, it focuses on the trope of the abandoned woman, but with a distinctive take, showing such figures as Boudicca, Dido, Ariadne, and even Marietta from Korngolds Die tote Stadt, as gaining strength and resolve in their plight. Its not a message that is insisted on, but rather put forward, offered for the listeners own response  such is the effect of the infinitely supple resources of voice and theorbo together.

Charlstons voice is distinctively bright-edged and clear, her words so finely projected and felt that the booklet texts are hardly necessary to follow the drama of each item. She also has a rich lower register, and this combination of brightness and an enviably wide range makes a perfect match with the theorbo  a form of lute with an extended lower range and delicate, transparent tone more usually heard as part of a continuo group.

From the outset  O lead me to some peaceful gloom from Purcells late masterpiece Bonduca  the listener is immediately drawn in by the gradually emerging vocal line, in a performance of perfectly balanced steel and sensitivity. Charlston used the Covid lockdowns of 2020 to investigate the music of the Baroque Venetian singer-songwriter Barbara Strozzi, and two of Strozzis brilliantly crafted compositions are included here: LEraclito amoroso and La travagliata, presenting different aspects of abandonment in music as remarkable for its sensitivity to the emotions of the texts as for its superb technical deployment of musical forces (Strozzi was a singer who accompanied herself on the theorbo, and knew the exact capabilities for which she wrote). In La travagliata (track 12) we also get to admire Charlstons brilliantly executed trillo ornamentation.

Carr offers three solo palate cleansers during the course of the disc, welcome opportunities to savour and enter into the theorbos distinctive sound-world. The first of these, a Prélude by Robert de Visée, precedes John Eccless surprisingly powerful Restless in thought from his incidental music to the 1696 stage comedy She Ventures, and He Wins. Charlston and Carr are eloquent, persuasive champions of this relative rarity. Carrs own highly effective arrangement of Didos Lament from Purcells Dido and Aeneas is one of the discs highlights: a searingly intense account made the more poignant by Charlstons piercing clarity of tone, her loneliness emphasised by the exquisitely sensitive solo accompaniment, with its rich bass tones.

The centrepiece, however, is a new work, Battle Cry, by Owain Park. This is a four-movement song-cycle setting texts by writer Georgia Way, which grew backwards out of its closing movement, Marietta (itself referencing Korngolds heroine). There are many elements here that connect with other items on the disc, notably Parks use of chaconne and ground-bass techniques, and although the wide-ranging final movement is the most extensive in duration, the second and third (Philomela and A singers ode to Sappho) are just as striking, the latter for unaccompanied voice really hitting home for its distinctive evocation of utter loneliness. Park makes wonderful use of the surprising range of expression and tone offered by the voice-theorbo combination, and Charlston and Carr rise magnificently to the challenge, so that even when the music employs serial technique, it is thoroughly engaging.

Monteverdis Lamento dArianna  the only surviving music from his second opera LArianna (1608)  receives an utterly compelling performance, complementing Strozzis La travagliata which immediately precedes it. Charlstons sense of involvement brings with it the immediacy of music theatre, and Carr follows the musics emotional twists and turns, its changes of temperature, with immense responsiveness. To close, Purcells An Evening Hymn forms the perfect benediction on what the exponents and characters have been through, putting the stories, in Charlstons words, to rest, to find solace or joy. Its a wonderfully considered and lovingly performed conclusion to an exceptional disc, the closing Alleluias lingering long in the memory.

Fine booklet notes by Jeremy Summerly, informed by quotes from the performers and Park, guide the listener through the programme, and the recording and presentation from Delphian Records do handsome justice to the performances themselves. In a year of many fine vocal recordings, this is one of the most outstanding weve yet heard.

Battle Cry  its an arresting title for an equally arresting album, the solo recital debut from mezzo Helen Charlston. Shes joined by regular collaborator Toby Carr, whose theorbo supplies the textural bridge across centuries ... These characters come alive in Charlstons flexible mezzo, surely one of the most exciting voices in the new generation of British singers. The intelligence of the programming is matched in that of her delivery ... Its an instinctive partnership, one to follow in the future. You get the strong sense from this superb recording that theyre only just getting started.  Alexandra Coghlan
Gramophone July 2022

Carrs theorbo playing is sensuous and vivid, and works especially well in the sonic explorations of the four songs by Park. Charlstons distinctive, expressive lower register, and the clarity of every word, contribute to an outstanding disc.  Fiona Maddocks
The Observer 22 May 2022 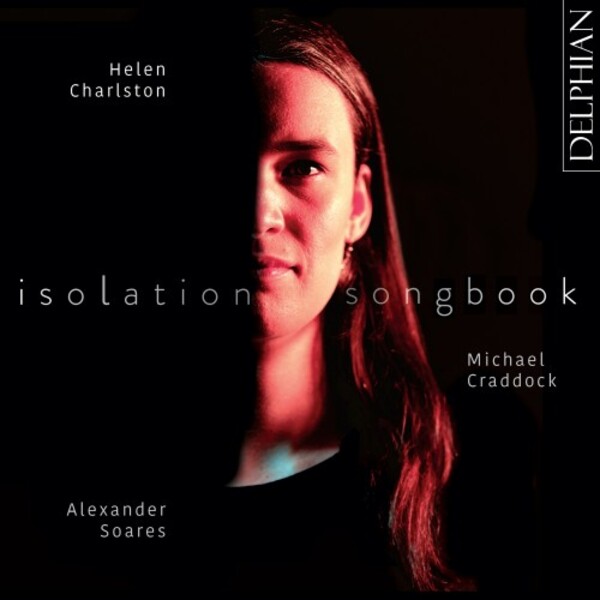 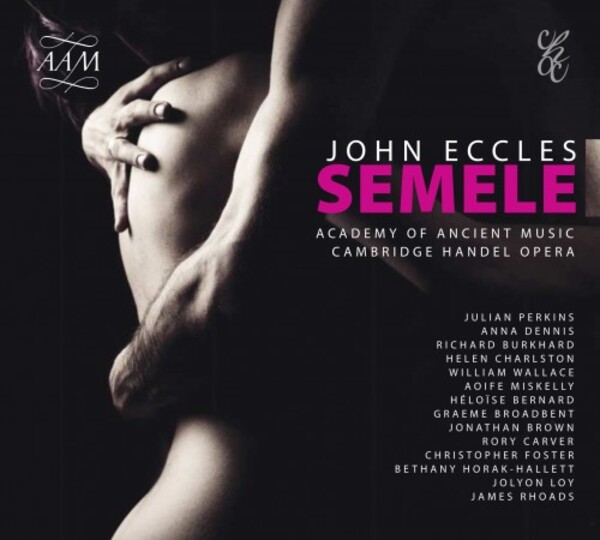 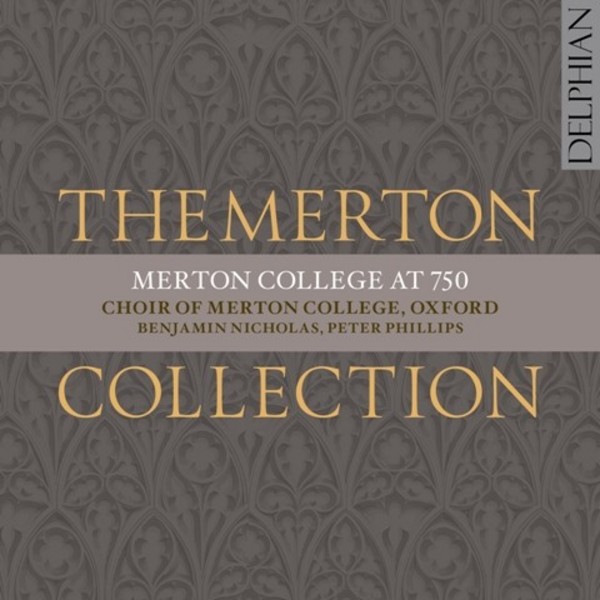 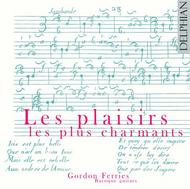 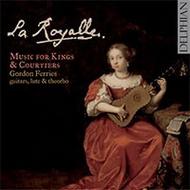