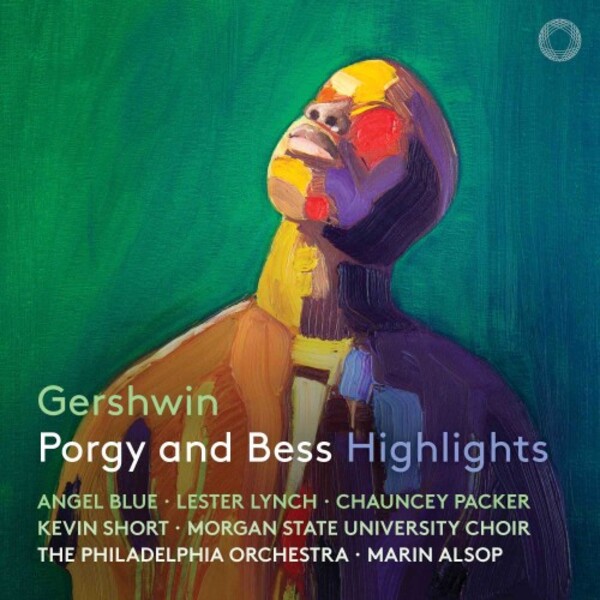 The Philadelphia Orchestra and conductor Marin Alsop present a live recording with highlights of Gershwins self-proclaimed American Folk Opera Porgy and Bess, together with a stellar cast and the Morgan State University Choir. Since its premiere in 1935, Porgy and Bess has been one of the most significant attempts  following Antonín Dvořáks famous instruction of 1893  to create American classical music inspired by Afro-American styles such as jazz, spirituals and the blues. It has also proven to be a powerful catalyst for bringing more diverse casts to the opera stage. The hard-knock life at a Charleston waterfront tenement is presented here by an outstanding cast including Lester Lynch (Porgy), Angel Blue (Bess, Clara and Serena), Chauncey Packer (Sportin Life) and Kevin Short (Crown, Jake).

Marin Alsop is one of todays most acclaimed conductors, and the first woman to serve as the head of a major orchestra in the United States, South America, Austria and Britain. The Philadelphia Orchestra is one of the worlds pre-eminent orchestras. Multi-award-winning soprano Angel Blue is one of the most promising voices of her generation, while Chauncey Packer is arguably one of the greatest and sought-after Sportin Life interpreters today. Lester Lynch and Kevin Short both enjoy a flourishing stage career, as well as a vast PENTATONE discography.