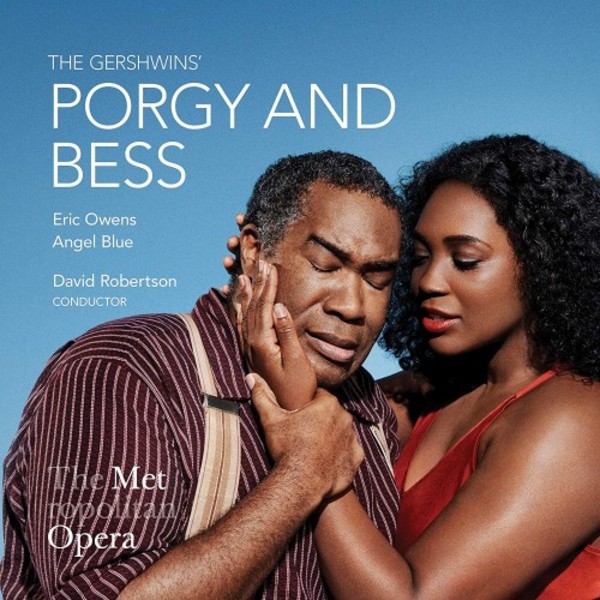 To open the 201920 season, the Gershwins Porgy and Bess returned to the Met stage for the first time in nearly 30 years. The acclaimed new production of Americas favourite opera is captured in this three-CD set headlined by Eric Owens and Angel Blue in the title roles. David Robertson conducts a superb cast, which also features Latonia Moore, Golda Schultz, Alfred Walker, Frederick Ballentine, and Denyce Graves. Breaking company box-office records, The Gershwins Porgy and Bess was even extended for an unprecedented three additional performances in February 2020.

The production was also seen in cinemas around the world on 1 February as part of the Mets Live in HD series and was one of the most successful transmissions in the seriess history. Seen live on more than 1,900 screens in nearly 60 countries, the opera reached an estimated 191,095 people. And with delayed showings in Australia, Bermuda, Denmark, India, Jamaica, Japan, Korea, New Zealand and South Africa  as well as encore performances in North America and Europe  worldwide attendance of The Gershwins Porgy and Bess will surely reach more than 325,000.

Authoritative and gripping ... The magnificent bass-baritone Eric Owens gives one of the finest performances of his distinguished career  The sumptuously voiced soprano Angel Blue is radiant  Every singer in the cast was outstanding  A splendid Porgy and Bess  The New York Times

The Mets new production of Porgy and Bess is a wonder ... a triumph ... Angel Blue is an extraordinary Bess  The Economist