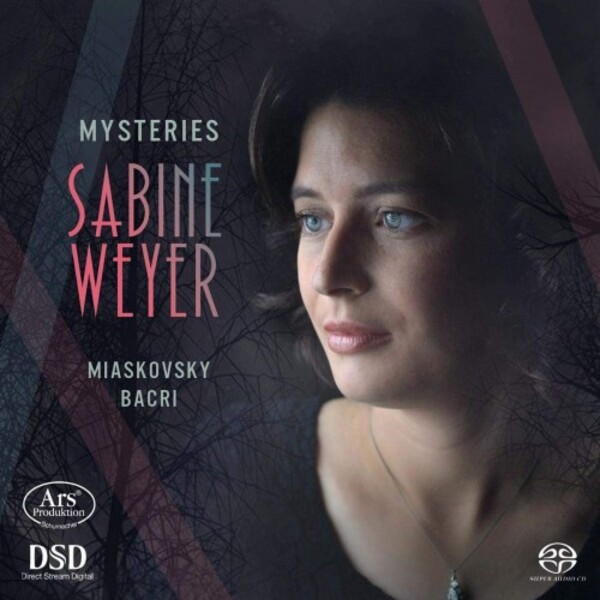 Despite the time difference of almost one hundred years, the sonatas of the French composer Nicolas Bacri (b.1961) from 2007-2011 correspond in their hyper-expressiveness almost perfectly with the works of Myaskovsky.

Pianist Sabine Weyer was born in Luxembourg City, and started playing piano at the age of six. She has gone onto perform internationally in such venues as the Berliner Philharmonie, the Shanghai Concert Hall, the Tonhalle in Zurich, the Salle Cortot in Paris, Philharmonie Luxembourg, and the Royal Albert Hall in London.

Weyer has received several awards, including winning the Grand Prize Virtuoso Competition in 2015 at Londons Royal Albert Hall. For her recordings she has received a Supersonic Award for Bach to the Future, a Pasticcio Prize (ORF) for A Light in the Dark, as well as nominations for the ICMAs and Opus Klassik awards

There seem to be hardly any limits to her technique, and so Sabine Weyer unleashes a veritable storm of passion and wildness. - Alain Steffen, Pizzicato