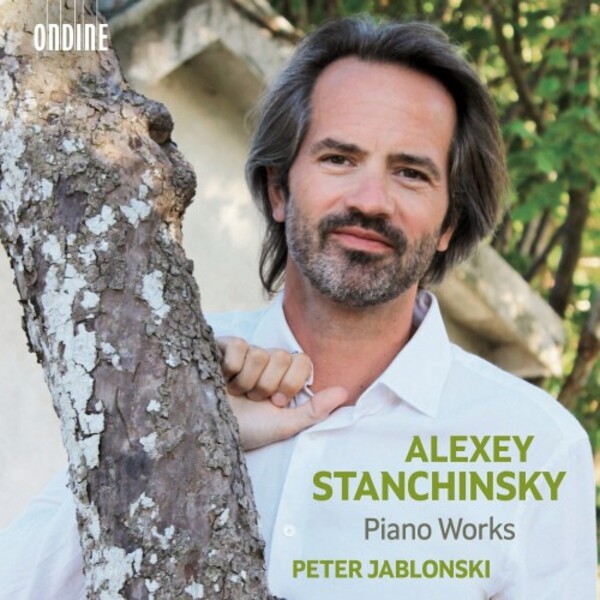 Pianist Peter Jablonskis second album on Ondine features a large selection of piano works by Alexei Stanchinsky (18881914), one of the most talented Russian composers of the early 20th century. Stanchinsky was not only a talent but a genuine innovator who despite of his early death had a profound influence on the generation of composers to follow. Peter Jablonski is the perfect interpreter to these magnificent gems.

Although often described as experimental, in some sense Stanchinskys music continues Scriabins musical ideas. It was only through the first publication of Stanchinskys complete works in 1990 that the musical world finally became aware of his high standing in Russian piano music. Relatively little is known of his life, even his death raises many questions, and no biography has ever been written about him. Most of his works were published only after his death and many of his works were either lost or destroyed. Following Stalins purges, Stanchinskys works were banned.

The 1906 Sonata owes much to the declamatory fervency of early Scriabin, yet sometimes anticipates Szymanowskis lush chromaticism. Given Jablonskis affinity for Russian Romantics, his sense of sweep, wide dynamic range, intelligently contoured inner voices and ripely singing tone do not surprise. ... In the gorgeous Nocturne, Jablonski focuses on floating the melodies while the chordal accompaniment murmurs in subtle support.  Jed Distler
Gramophone May 2021