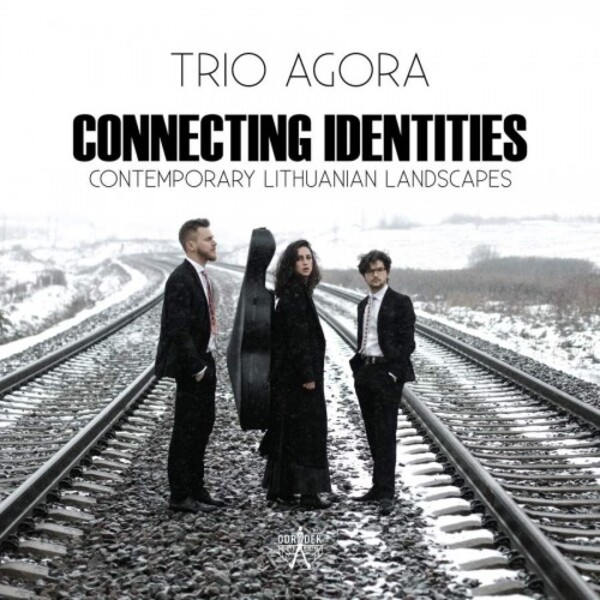 Trio Agora consists of ilvinas Brazauskas (clarinet), Natania Hoffman (cello) and Robertas Lozinskis (piano), three young musicians who have their roots in Lithuania and who have collectively sought to celebrate that heritage on this album, 'Connecting Identities'.

The music of the Baltics has drawn increasing interest in recent years, and Lithuanian culture is at the heart of Trio Agora's shared vision. The commissions brought together on this album reflect the Trio's backgrounds, as well as their focus on an authentic representation of Lithuanian music. Recorded with the support of the Lithuanian Council for Culture, 'Connecting Identities' celebrates the richness of Lithuanian heritage, folklore, history, tradition, and diversity, along with the enormity of what transpired on that territory.

The Trio sought to record a programme as multifaceted and varied as their own experiences, while delving into the essence of Lithuania and its people. Trio Agora commissioned five composers to write works for them: Joel Hoffman (Natania's father), Mykolas Natalevičius, Algirdas Klova, Juta Pranulytė and Jonas Jurkūnas. Three of the resultant works echo the Lithuanian tradition of the Sutartinė, a folk song that belongs to UNESCO's Representative List of the Intangible Cultural Heritage of Humanity. The other two works go in a different direction; one explores the history of forced Lithuanian labour in Siberia, and the other delves into the contemporary Lithuanian musical landscape.

These five works, commissioned and premiered in 2017 to celebrate 100 years of restored Lithuania, ultimately honour Lithuania's 30 years of true independence, a tribute to a country that is both remarkably young and truly ancient. The album concludes with a 'Dream' written in 1921 by Juozas Naujalis, a composer considered by many to be the father of Lithuanian music.