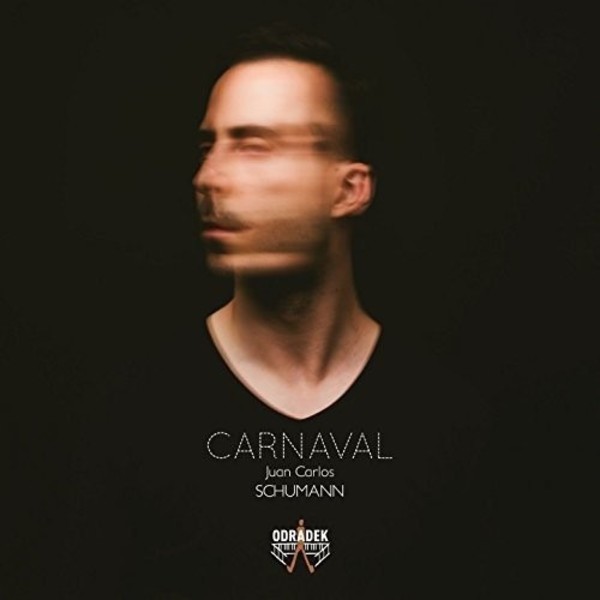 The album Carnaval takes the listener on a journey through Robert Schumanns life: from his passionate early piano pieces, inspired by youthful feelings of ardour, to his haunting final piano work, composed when his mind was in turmoil.

Award-winning Spanish-born pianist Juan Carlos has long been a devotee of Schumanns fascinating output, and has meticulously constructed this programme to reflect each era of the composers career. Carnaval was inspired not by Clara Wieck, who would become Schumanns wife, but by an infatuation with Ernestine von Fricken. The work is a masked ball of colourful characters, brought to life by Schumanns rich imagination: Chopin and Paganini make an appearance, alongside characters from the commedia dell'arte and Schumanns own alter egos.

Also inspired by a carnival is Faschingschwank aus Wien (Carnival Jest from Vienna), stimulated by the composers enjoyment of a Viennese spectacle. There are moments of vibrant virtuosity to conjure up the festival atmosphere, but this is no mere picturesque tribute, and there are subtler, more satirical, elements at play.

Schumanns last piano work, the Geistervariationen (Ghost Variations) are, as their title suggests, in a very different vein to the earlier works featured on this disc. The variations were written during a severe mental crisis near the composers death, Schumann claiming that the theme had been presented to him by angels. The music is indeed angelic; almost painfully serene and other-worldly, revealing a composer whose participation in life was only partial, and who yearned to be at peace.