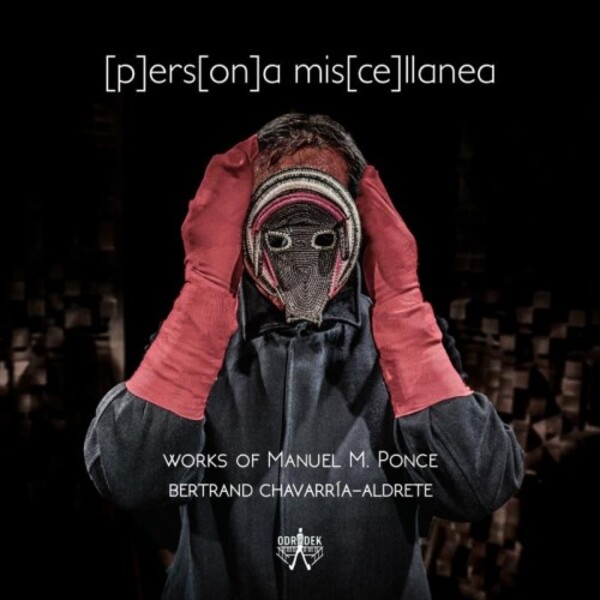 Following his fascinating Odradek debut, Carpere fide(s), innovative guitarist Bertrand Chavarría-Aldrete returns with an album exploring the music of one of the greatest of all composers for guitar, and Mexicos first nationalist composer, Manuel María Ponce.

According to his close friend and inspiration, the great Spanish guitarist Andrés Segovia, Ponce was the most significant composer in the modern revival of guitar music, rejuvenating the instruments reputation and vastly enriching its repertoire. Ponces body of guitar music is almost unparalleled in the 20th century, and his style embraces an eclectic range of influences, from romanticism to bitonality and atonality. He was Mexicos first nationalist composer, a status reflected in the Mexican titles and characteristics of many of his works, but he also drew upon Spanish and Cuban styles, as well as European and American impressionism.

This release brings together some of Ponces finest guitar works, carefully selected and sensitively performed by Bertrand Chavarría-Aldrete. The album opens with a Preludio written not long after Ponce arrived in Paris, characterised by modal and whole tone inflections that lend the piece an impressionistic quality. The release also includes the later set of Seis preludios cortos (Six short preludes), written shortly before the composers death and exuding a soulful sophistication showing Ponce at the peak of his powers.

The Tres canciones populares mexicanas (Three popular Mexican songs) represent a fine example of Ponces characteristically Mexican style. The Sonata I Mexicana was composed in the wake of Ponces first meeting with Segovia, but its style also reflects the composers enjoyment of life in jazz-age Paris. The Sonata III was composed in 1927, by which time Ponce was immersed in Parisian life and his studies with Dukas.

Ponce composed his Variations sur Folía de España et fugue (Variations and fugue on the Spanish Folia) in 1930, and his treatment of this ancient theme is masterful, constituting one of his most significant contributions to the guitar repertoire.