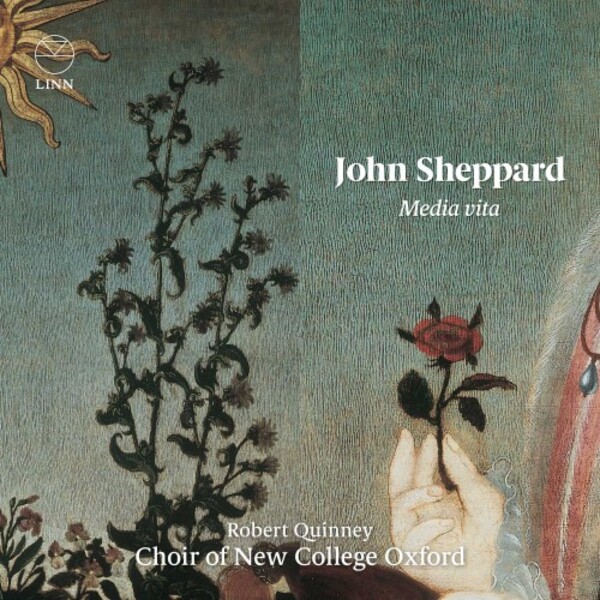 The Choir of New College Oxford, one of the most acclaimed British choral ensembles, makes its Linn debut with a recording of works by the English Renaissance composer John Sheppard.

New College Choir was already 150 years old when Sheppard arrived in Oxford intent on contributing to the wealth of choral polyphony that defined the era. Media vita is his most celebrated work, almost symphonic in its proportions, in which he combines and elevates conventional Tudor musical devices to striking effect. Sheppards boundary-pushing polyphony requires the skill and precision of liturgical professionals, and in the hands of director Robert Quinney it is compelling.

The programme is completed by several motets in which Sheppard sets text from the Old Testament; we are delighted that four of these motets are premiere recordings: A solis ortus cardine, Inclina Domine, Iudica me Deus and Confitebor tibi.

This is another distinctive and stylish performance from this acclaimed choir, which marks the first in a new series of recordings for Linn Records.

The Choir of New College Oxford is firmly established as one of the most acclaimed British choral ensembles; celebrated for its distinctive sound, it embodies the splendour of the English choral tradition. The choir frequently performs in prestigious venues worldwide, and its versatility is reflected in its diverse core repertoire, with a particular scholarly focus on Renaissance and Baroque music. The Choir comprises sixteen boy choristers and fourteen adult clerks.

A wide range of music is represented in its discography; it was the first choral foundation to establish its own recording label, Novum, and has recorded five albums with Director Robert Quinney. The choir is often to be heard in concert around the world, on broadcasts and recordings, as well as via regular webcasts. Recent touring highlights have included concerts in Italy, Hungary, France and the United States.

Robert Quinney is Organist of New College, Oxford. In addition to the daily direction of New Colleges acclaimed choir, he maintains a parallel career as a solo organist, and is a prolific recording artist.

Quinney deploys the Choir of New College Oxford intelligently  and the sound, from the New College Chapel, is clean. - All Music

What you do get here is further evidence  of the choirs tightening blend and discipline under Quinney. - Gramophone