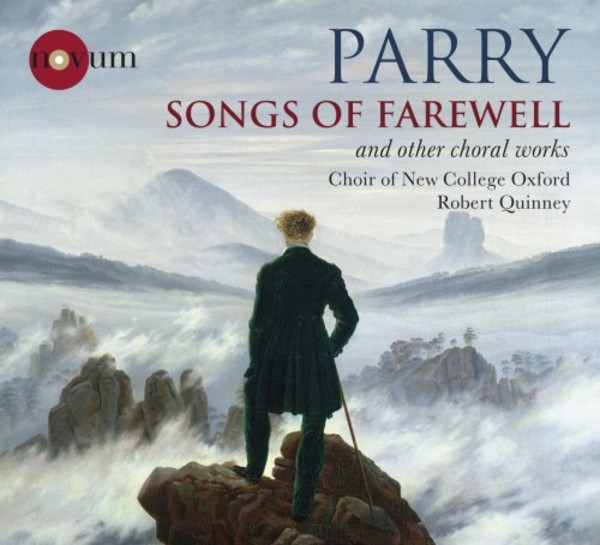 Parry - Songs of Farewell and other choral works

Hear my words, ye people
Songs of Farewell
There is an old belief
Toccata and Fugue in G major 'The Wanderer'

Hear my words, ye people
Songs of Farewell
There is an old belief
Toccata and Fugue in G major 'The Wanderer'

Charles Hubert Hastings Parry (1848-1918) was a dominant force in British music-making in the four decades between the premiere of Prometheus Unbound in 1879 and his death in October 1918. His music, with that of his contemporary Charles Villiers Stanford, brought his native land into the European musical mainstream, through its assimilation of continental  specifically German  models.

This disc situates Parrys music in its European context. Parry was a social and political liberal, and crucially  like all the leading British musicians of his time  his horizons extended beyond the island of his birth. His late set of six motets, Songs of Farewell, are among his greatest achievements in any musical genre, demonstrating his capacity for deeply affecting introspection. In this recording, they are prefaced by another sextet: the pithy Sechs Sprüche by Mendelssohn, which make clear the debt Parry owed to his continental forebears and contemporaries.

Moreover, this recording presents, for the first time, an early version of There is an old belief, edited by Robert Quinney from the autograph manuscripts in Oxfords Bodleian Library and a printed proof copy. The compositional history of the motet is unclear, but the evidence suggests Parry vacillated between two strikingly different versions of the section serene in changeless prime until shortly before publication.

The Gate of Heaven: Favourite Anthems from New College Oxford

Like as the Hart: Music for the Templars Garden