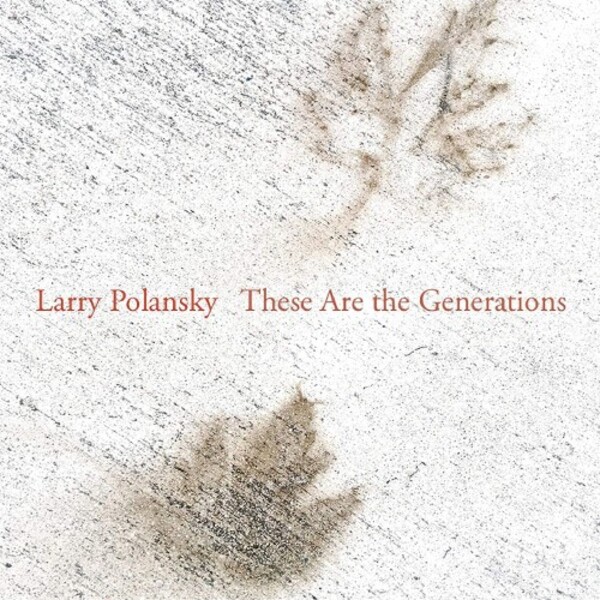 Polansky - These Are the Generations

The title of this recording has multiple meanings for its composer, Larry Polansky (b. 1954). These are the generations... is a translation of the Hebrew title for the second work on the programme, Eleh Toldot, the first words of the thirty-fifth verse of the first book (Breysheet) of the Torah.
The compositions included stem from different generations of Polanskys musical output: some were composed in the 1980s while he was teaching at Mills College in Oakland, California; some while living in New Hampshire when he was a Professor of Music at Dartmouth College; and others are recent compositions completed in Santa Cruz, California, around the time of Polanskys retirement from the University of California.
The performers on the recording are similarly of different generations. Some have known and worked with Polansky since the 1980s or earlier; others are much younger and began working with him as graduate students within the last few years.
Finally, the works presented here demonstrate Polanskys deep understanding of the history and techniques of experimental music in the United States. Within these compositions one can find compositional approaches that span styles from the Ultramodernists in the early twentieth century to advanced computational algorithms not yet possible in that era.