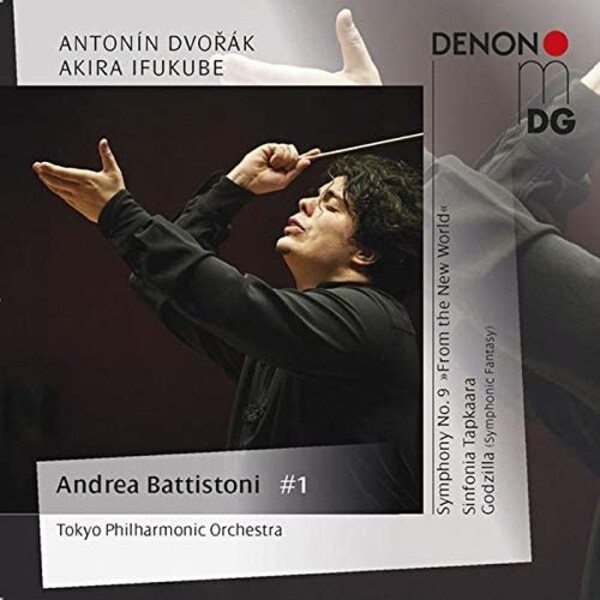 In 2018 the DENON label released a real hit with the Symphony no.9 From the New World by Antonín Dvořák. In addition, the formidable Tokyo Philharmonic Orchestra under the direction of Andrea Battistoni plays the Sinfonia Tapkaara by Akira Ifukube.
Thanks to the cooperation with MDG, the production is now available outside Japan and shows surprising similarities between Slavic idiom, American folklore and the sounds of the Native Americans of Hokkaido. Ifukube has gained worldwide fame with his numerous film scores, including the legendary Godzilla series. The composer himself is from Hokkaido, northernmost main island of Japan.
The Ainu, Hokkaidos indigenous people, have always maintained close contact with the peoples of Russias Far East, which is very close here. Russian Slavic elements repeatedly occur in Ainu music, and Ifukube rewardingly incorporates them into his compositions. As an encore on this recording, Battistoni and his large symphonic orchestra give a Symphonic Fantasy based on the Godzilla film series  a fiery and attractive medley with the best of eight monster films.